There's still time to grab your tickets for "A Touch of the Poet," the story of an Irish immigrant family struggling to make their place in America, now at the Irish Rep Theatre in New York. 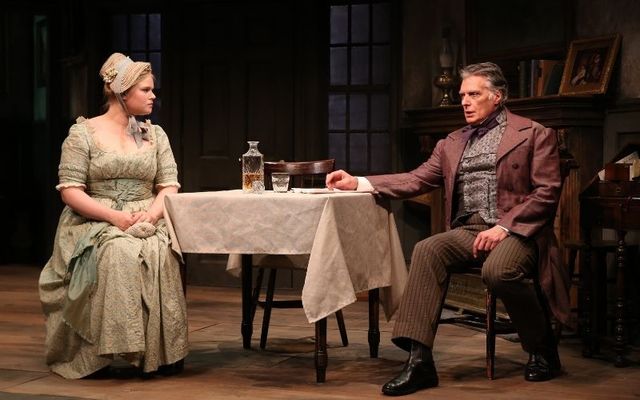 Tickets are now on sale at the Irish Repertory Theatre in New York for A Touch of the Poet, the tragic tale about the Irish immigrant experience.

Irish Repertory Theatre, the award-winning Off-Broadway home for Irish and Irish-American drama in New York City, is proud to present A Touch of the Poet by Eugene O’Neill and directed by Ciarán O’Reilly.

A Touch of the Poet will run from now until April 17, 2022, on the Francis J. Greenburger Mainstage. Buy your tickets here today.

Starring Tony-nominee Robert Cuccioli, A Touch of the Poet tells the story of the proud and tempestuous Cornelius Melody (Con), who owns a run-down inn and tavern near Boston in 1828.

Laden with debt, Con clings to his tenuous identity as a landed gentleman and war hero and chastises his wife (Kate Forbes) and daughter (Belle Aykroyd) for actions that expose the family’s humble Irish origins. When his daughter, Sara falls in love with a wealthy American guest at their inn, Con’s pride drives him to an explosive reckoning with his true place in the New World. 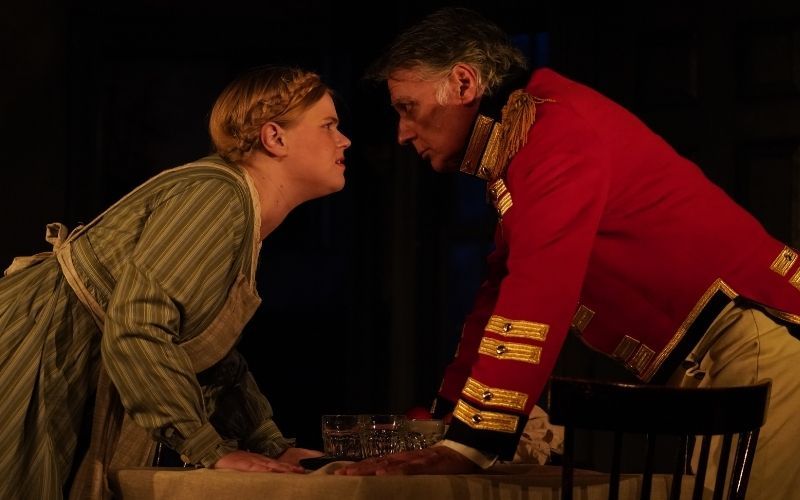 Belle Aykroyd and Robert Cuccioli in A Touch of the Poet. Credit: Carol Rosegg

The cast of A Touch of the Poet includes Belle Aykroyd (A Christmas Carol) as Sara Melody, Robert Cuccioli (Jekyll & Hyde) as Cornelius “Con” Melody, Kate Forbes (Sight Unseen) as Nora Melody, Mary McCann (The Weir) as Deborah Hartford and many more.

Irish Repertory Theatre had planned to present A Touch of the Poet in March 2020; however, the week prior to opening, the theatre temporarily shut down due to the COVID-19 pandemic.

After producing a digital production in October 2020, they are delighted to now be able to showcase the performance on their mainstage.

Reviews for the 2020 digital production of A Touch of the Poet were exceptional, with The New York Times choosing it as their "critic's pick" and The Wall Street Journal describing the production as "perfectly cast and staged by Ciarán O’Reilly and brilliantly produced”. 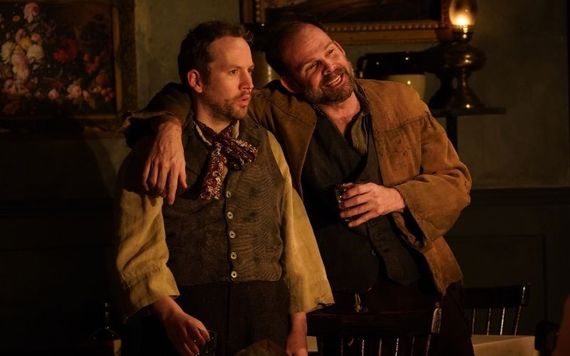 David Beck and Rex Young in A Touch of the Poet. Credit: Carol Rosegg