The world-famous, month-long Lisdoonvarna Matchmaking Festival in County Clare has been canceled for the second year in a row. 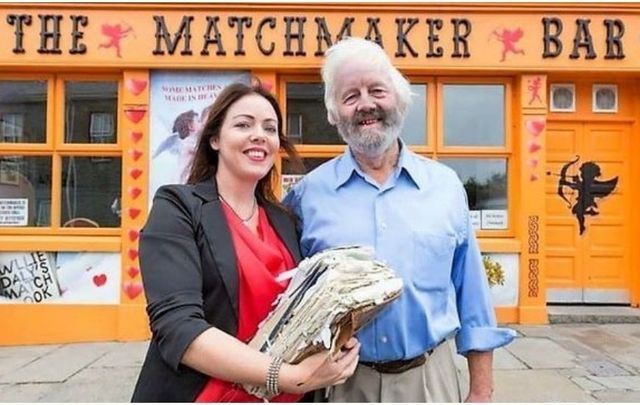 The world-renowned Lisdoonvarna Matchmaking Festival has been canceled for the second year in a row.

The Lisdoonvarna Matchmaking Festival in County Clare, which typically begins the first weekend in September, has been canceled this year, organizers confirmed earlier this week.

Organizers noted that there will be smaller, socially distanced events held in a number of venues in the Irish town during the month of September.

This is only the second time the beloved Irish matchmaking festival has been canceled in its 165-year history.

Festival organizer Marcus White said in a press release: "As the Government have advised that there should be no large-scale indoor events until the whole population has been vaccinated, this year’s Lisdoonvarna Festival has regrettably been cancelled.

"Many people, especially younger ones, will not be fully vaccinated before the end of September."

White continued: “All our events are staged inside including the country music marquee which can accommodate up to 2,000 people which is not permissible under current guidelines.

"We would not be able to manage the very large crowds that normally throng our small town for a month."

He added: "We also have a duty of care to protect the health and safety of the local community, staff, artists, and visitors so we will not be taking any risks."

The 2021 Lisdoonvarna Matchmaking Festival programme indicates that several acts, including Nathan Carter, All Folk'd Up, and Cliona Hagan, had already been booked to perform over the four weekends of events.

"A lot of festivals come and go, but Lisdoonvarna has a universal appeal, and I am positive that when it returns in 2022, the festival will be bigger and better than ever," White added.

The Lisdoonvarna Matchmaking Festival usually takes place over the course of a month with music and dancing from Ireland’s top country musicians. People from all over the world and of all ages travel to the festival, with daily matchmaking with traditional Irish matchmaker Willie Daly in his ‘office’ at the Matchmaker Bar.

The matchmaking event, which is Europe’s longest-running and largest singles festival, has seen an increase in interest after the release of the Hallmark TV film As Luck Would Have It.

The film follows an American woman who travels to Ireland to acquire land that is perfect for a resort. She decides to enter the town’s matchmaking festival to prove her investment and win over a handsome local.