IrishCentral caught up with Gaelic Storm after a year like no other to discuss the highs and lows and what it means to headline the 40th Annual Great Irish Fair at Coney Island, New York.

In partnership with:
Great Irish Fair 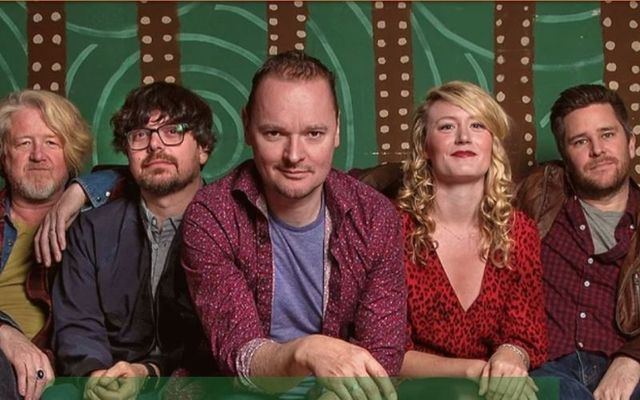 Genre-bending Irish rock band, Gaelic Storm shares what the last year has taught them about Irish music, and their excitement at returning to the stage at Coney Island, Brooklyn.

Gaelic Storm kicked off their career in the mid-1990s as a pub band in Santa Monica, California, where they were later discovered.

By the end of the decade the band's song "Irish Party in Third Class" appeared in the movie The Titanic. The film scene which sees Jack and Rose dancing and swinging around to the Irish tune laid the groundwork for their career.

The band would eventually find themselves topping the Billboard World Chart six times, making appearances at mainstream music festivals, and regularly headlining the largest Irish Festivals across the country.

IrishCentral caught up with Gaelic Storm after a year like no other to discuss the highs and lows and what it mean's to headline the 40th Annual Great Irish Fair- Saturday, September 25th, Coney Island, Brooklyn, New York.

What has the last year meant for you as a band?

This last year was devastating, wonderful, and somewhat enlightening.  Devastating because we lost our ability to play music on the same stage together and live the life we were accustomed to.

What did the pandemic teach you about the power of Irish music and its fans?

The pandemic taught us that no matter what is going on in the world we have a fanbase out there that is behind us one hundred percent.  And to be honest it also taught us how we have reciprocated that support in many different ways for them too.  It really is a two-way street with Gaelic Storm fans, we help them and they help us. It’s a beautiful thing.

When you look at the roots of your band and then reflect on how you got through the past year, what does that reflection mean to you?

Resilience is the name of the game when it comes to Gaelic Storm.  We are a hard-working, hard-touring band that goes and goes until you break us, (somehow that hasn’t happened yet, ha).  But when you have that blue-collar band mentality, nothing seems to be too big of a deal.  Nothing’s a stop sign, they are just small hurdles to overcome. 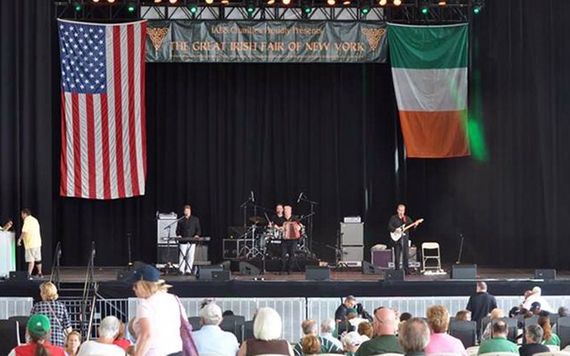 Gaelic Storm will be performing at this year's Great Irish Fair

Now that you’re back and playing in front of live audiences do you appreciate it more? Does it mean more to you?

I think you appreciate the entire process a lot more, from the hang with your bandmates all the way to the stage, and being able to interact with the crowd.

The Great Irish Fair is a Brooklyn institution of Irish culture; celebrating its 40th year in existence, what does being the headline of such a monumental year mean to you?

It’s a huge honor!  New York has always had a soft spot in our hearts, so to come to this festival and be one of the main attractions goes a long way.  Plus, it’s always super exciting to be able to see a new festival.

Your music is both traditional and relevant in today’s culture why continue to celebrate that Irish culture today and why is it important to keep Irish culture relevant with the next generation?

We feel it is a privilege to pass down that traditional side of Irish music and show people about that element, but luckily, we also get the opportunity to mix in our spin on it and create something unique the is still tied to those traditions.

We bring all of our individual influences together and weave (with traditional music) something that is completely undoubtedly Gaelic Storm.

You can buy tickets and find out more information about the Great Irish Fair here. Any questions please reach out via email to info@iabsny.com. You can also check them out on Facebook, Instagram and Twitter.