How incredible is this waterfront villa on West Cork coast

A villa in West Cork, at a price of $1.9 million, has been attracting attention among the Irish American population across the Atlantic. 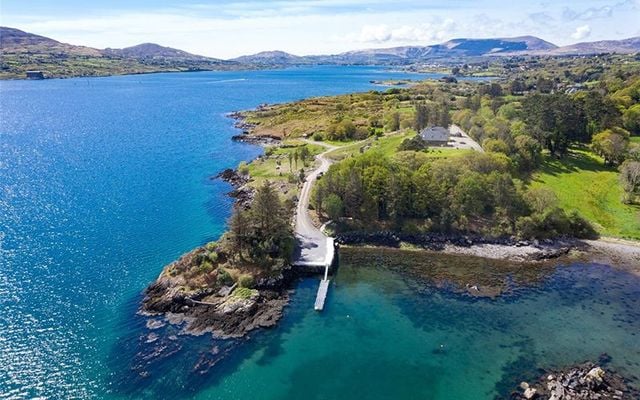 The spectacular property of Otterbank, outside Castletownbere, on the Beara Penninsula, in West Cork. SherryFitz.ie

Situated on the Beara Peninsula just outside of Castletownbere, the villa is just the type of villa that Irish Americans have identified as their ideal holiday home on the Emerald Isle.

In a recent survey conducted by IrishCentral, in conjunction with Amarach, it was found that one in three Irish Americans wanted to buy a holiday home in Ireland. When the survey focused exclusively on those participants above the retirement age, that number increased dramatically. Over half of those at the age of retirement or older admitted to considering a holiday home in the country of their ancestry.

Of all those surveyed, 55% said that they would prefer a rural holiday home to an urban one; stating that they would rather a house with character to a non-descript one in a big town or city.

This four-bedroomed villa, named Otterbank, offers precisely that. Offering unobstructed views of the Atlantic Ocean and Bere Island, the villa captures all the beauty and ruggedness of Ireland’s west coast. 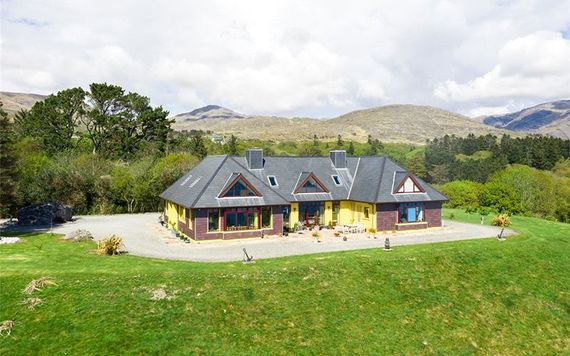 Otterbank, just outside Castletownbere, on the Beara Pennisula, in West Cork. (Via: SherryFitz.ie)

These glorious views are best observed from the lounge’s bank of windows that offer complete views of Bere Island, or through the kitchen windows which offer similarly breath-taking views. The ample supply of windows gives the lounge and the open-plan kitchen a very bright feel and negates the need for artificial light. 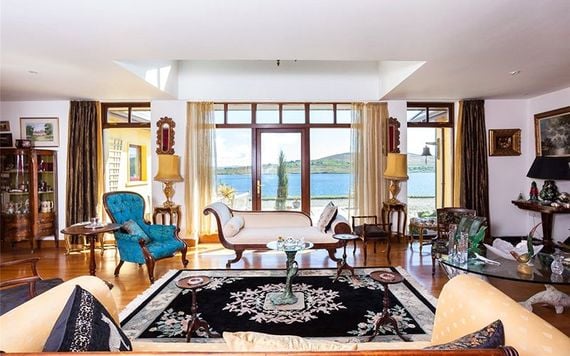 The kitchen is bedecked in Irish-sourced furniture, including maple units, granite worktops, and customized seating, and also features a pantry. 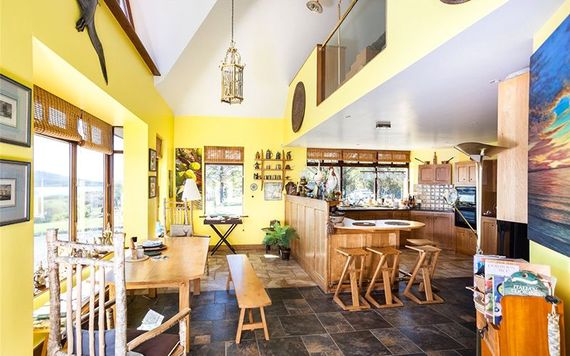 Also downstairs is two en-suite bedrooms, a formal dining room, a guest bathroom, a study, and a cloakroom, while upstairs sees two more bedrooms, a family bathroom, a reading room, and an office. The villa, which at 4,400 sq ft is over four times the size of an average semi-detached house, also has underfloor heating downstairs and a Bang and Olufsen sound system throughout the house. 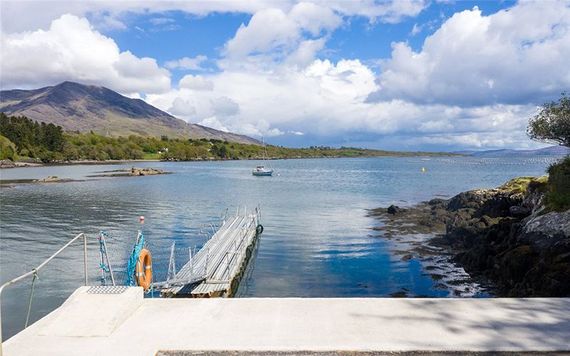 A slip by the Otterbank house, outside Castletownbere. (Via: SherryFitz.ie)

The villa is sheltered from the harshest winds coming from the Atlantic thanks to the protection of Bere Island and the nearby Caha Mountains and, for those who seek privacy, the villa is set on seven acres of landscaped gardens and is only accessed through a set of electric gates. 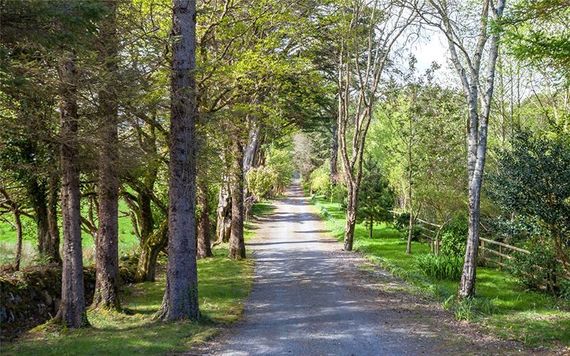 The driveway to the Otterbank house, outside Castletownbere. (Via: SherryFitz.ie)

Perhaps most importantly, however, the villa offers unrestricted access to the waterfront by virtue of a roped handrail which assists visitors down the sloping grounds toward 1,000 feet of uninterrupted shoreline. At the waterfront, there is access to swimming coves, a pier, and sheltered mooring, as well as a picnic cabana and decking area.

Only a mile from Bere Island, residents have the option to sail to the Bere Island yachting marina if they so please, where sailing activities are abundant in supply. 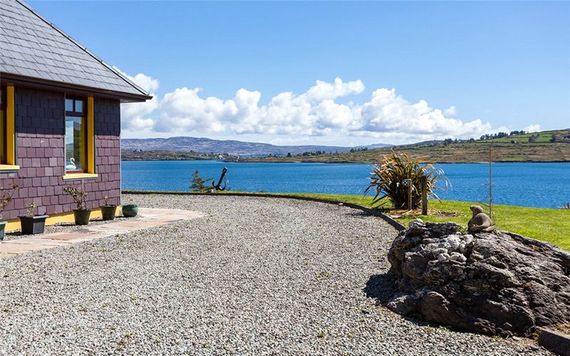 A house with a view! Otterbank house, outside Castletownbere. (Via: SherryFitz.ie)

The property is ideally situated for those who want to trial the Wild Atlantic Way, or for those who want to sample an authentic experience of life in an Irish fishing town. Castletownbere is the largest white fish port in the country and as a result doesn’t have to overly rely on tourism as its main source of income, meaning that it still retains that authentic feel. With virtually unlimited access to fresh fish, it is home to some excellent seafood restaurants.

The area around Castletownbere has been a draw for many of Ireland’s creative talents, with director Neil Jordan notably shooting the movie Ondine, featuring Colin Farrell, on the Beara peninsula.

Jordan has been holidaying on the peninsula, near Otterbank, for the last 20 years and who could blame him. For those affluent Irish Americans seeking a slice of romantic Ireland, this villa would make the ideal holiday home.

So? What do you think? Is this your dream Irish home? Let us know in the comments section below.

Read more: This Irish peninsula has never looked as good