Built on the shores of a lake that has long since disappeared, Ballinderry Castle is a unique and historic structure situated on a 3.7-acre site. 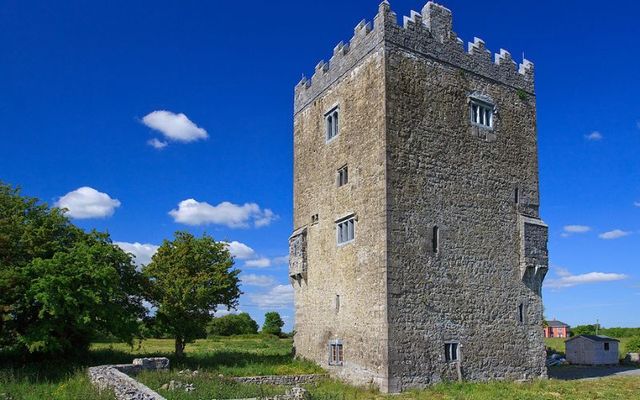 Built on the shores of a lake that has long since disappeared, Ballinderry Castle is a unique and historic structure situated on a 3.7-acre site.

The moated castle was built by the Norman de Burgo Family between 1450 and 1500 and boasts ties to Charles Stuart Parnell, who stayed there during the 1800s.

Boasting typical Irish architecture, the castle was constructed using a mortar of lime, cattle hair, and blood and initially consisted of a keep with an inner ward and an outer ward with a garden.

The castle, which has been beautifully restored into a four-bedroom house, is 60 ft high and boasts 6 ft-thick walls.

Ballinderry Castle is listed by estate agent Helen Cassidy, who described some of the old features that were once visible in the building. 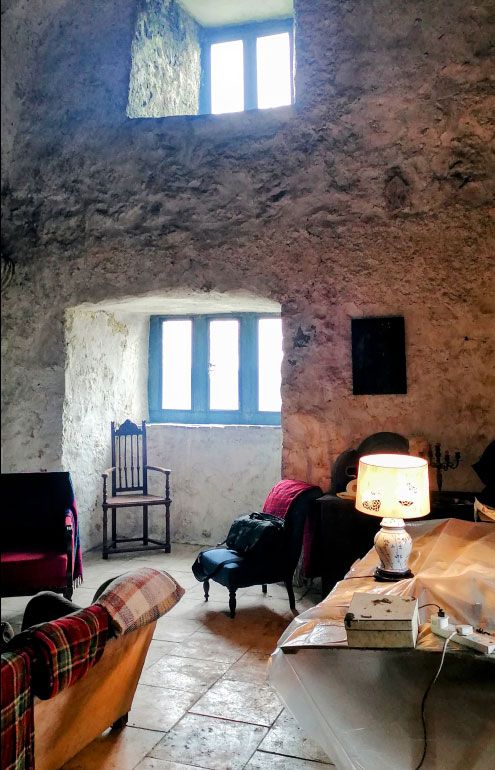 "The stone vaults were made with wickerwork supports of baskets forming the vault on which the stones were set in place with mortar. In many places, the wickerwork, more than 500 years old, remains in place. The roof was covered with slates," Cassidy wrote in the listing.

"The ground floor was used for storage. The first floor above it was the guards’ quarters. The second floor was the kitchen that retains its massive six-by-three-foot fireplace. The third floor was a suite of two rooms, the larger having a fireplace.

"The fourth floor was the largest room, lighted by large windows. It also had a fireplace. This room was the living quarters of the master who had banquets there. The medieval toilets were at two different levels and retain the French name garderobe.

"Communication between the floors was through chimney flues, which connect to each other for that purpose. Lastly, the castle features an unusually decorative and slightly damaged Sheela-na-gig over the main entrance. The Sheela-na-gig has two long plaits or braids in her hair, each twisted into a different pattern, with a rose, a bird, a very Irish marigold and two kinds of triskele surrounding her."

Ballinderry Castle boasted a number of defensive features, including battlements at the top of the castle, numerous loopholes, and machicolation galleries placed at mid-height.

If invading forces managed to breach the walls and enter the castle on the ground floor, they would face attacks from a murder hole placed in the ceiling above.

The attackers would then have to climb a narrow spiral staircase, leaving themselves exposed to inhabitants fighting from the floor above. 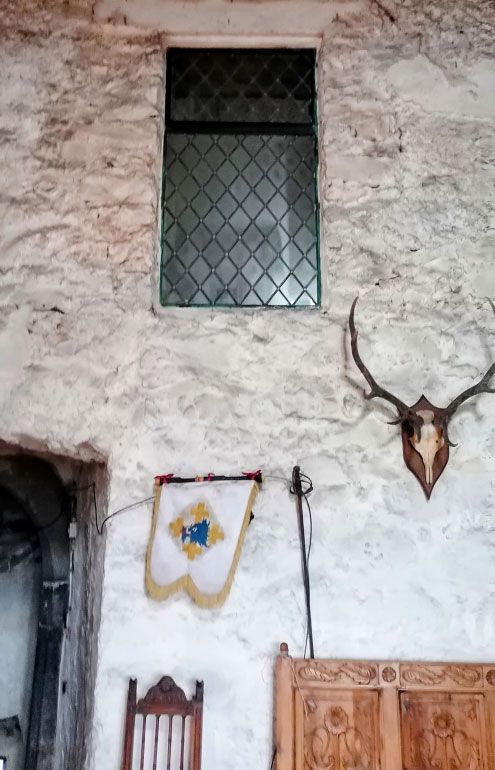 The de Burgo family held Ballinderry Castle until 1592 when it was taken over by the O'Donnells. However, the castle was taken over by Lord Grey just a few months later, who took it on behalf of the English Crown.

The castle was later taken over by Cromwellian troops during Oliver Cromwell's conquest of Ireland.

The Nolan Family were gifted the castle and the surrounding lands in 1659 after they had lost 20,000 acres of land in Galway.

The Nolan family owned the castle until the 19th century when they erected a manor house and vacated the site.

The Nolans were strong sympathizers to the Irish nationalist cause and invited Charles Stuart Parnell to stay at the castle before they abandoned it.

Ballinderry Castle has been owned by the same family for the past 30 years and has undergone significant renovations.

Traditional stone cottage in Mayo on the market for $59k