Tom Duffy, of Duffy’s Circus in Ireland, was diagnosed with coronavirus in April and has recovered. However, the circus itself might not be able to survive the pandemic. 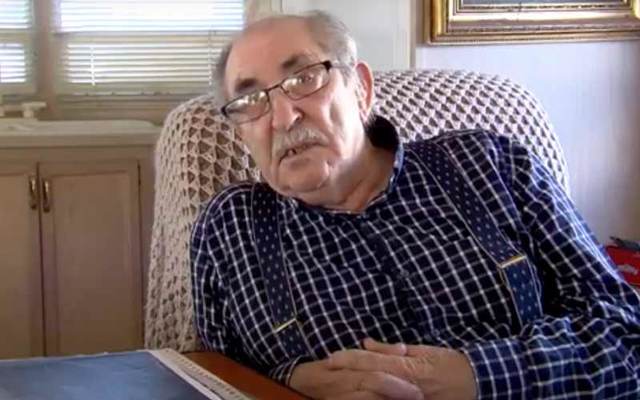 Irish circus star Tom Duffy, 91,  has survived three heart attacks after being diagnosed with COVID-19.  The family circus, however, is struggling.

Tom Duffy, of Duffy’s Circus in Ireland, tested positive for the virus in April. Since his diagnosis, the former ringmaster has suffered three heart attacks and a bleed on his bladder.

At one stage, his family was even told he might not survive the trip to the hospital in an ambulance. However, Tom, who is a two-time cancer survivor, is a fighter.

Tom has received incredible online support from the public during his battle with the virus, the Irish Independent reports.

As the head of the renowned circus family, Tom, who is now back at his Dublin care home, is urging his son David to get back touring, not realizing that the circus itself might not survive the pandemic.

“My dad is amazing. He beat cancer for the first time 25 years ago when he said he was too busy to die, despite being given six months to live,” said David.

“Then 15 years ago, he had an operation to remove a kidney after the cancer returned and he was back in the circus ring just five days later.

We have great news. Tom Duffy has recovered from Covid-19 and would like to thank you all for your kind messages of...

“He’s been on the road for 90 years and survived tough times when they traveled in horse-drawn caravans without electricity, so we had no doubt he’d beat the coronavirus.

“He was back living in his care home and has had three heart attacks since.

“He was on morphine and at one stage, the medics didn’t think there was anything more they could do.

“But then he seemed to try and fight back so they decided to move him to Tallaght Hospital, warning us that he may not survive the ambulance journey because he was very weak.

“He spent nine days there where a bleed on his bladder was also detected and now he’s back again and in great spirits. He’s just incredible.”

“He knows that we haven’t been able to work because of COVID-19 but thinks everything will be OK again,” he said.

“He’s asking us to stick to touring around Dublin initially so he can come along and give us advice.

“But we’re not going to tell him anything more until we have to.”

The 2020 circus tour was halted in March when COVID restrictions were put into place, and the rest of this year's tour had to be canceled.

“We won’t be back on the road until February at the very least and have probably a 20 percent chance of survival,” said David.

“We need to earn about €40,000 a week just to break even and with social distancing and restrictions on numbers, I’m not sure how we are going to attain that.

“The circus is our life. They say that circus people have sawdust in their veins and that the show must go on – but this time we may just not get there.”