There is now a crater on Mercury named after Seamus Heaney

A PhD student from Northern Ireland found a crater and decided to name it after one of Ireland’s greatest writers, Seamus Heaney 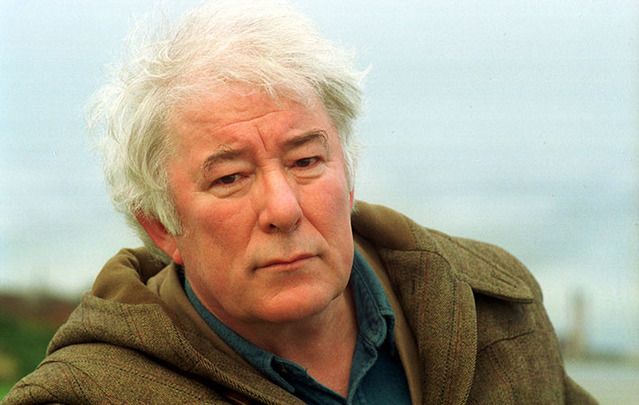 The late, great, Seamus Heaney now has a crater on the planet Mercury named after him. RollingNews

A 75 mile long crater on the planet Mercury is to be named after the late Seamus Heaney.

The announcement was made at the 48th Lunar and Planetary Science Conference in Houston, Texas by Open University student Jack Wright from Heaney’s native Northern Ireland.

Wright, a PhD student, was mapping the planet when he identified the crater and dubbed it ‘Heaney’ after the famed Derry poet. International Astronomical Union rules specific that new craters should be named after deceased writers or artists.

"Seamus Heaney immediately came to mind, not only because he was a Nobel Laureate and one of Northern Ireland's most famous sons, but also because I remember reading Death of a Naturalist, his first published collection of poems, for my GCSE English Literature course," 25 year old Wright told the Irish News.

Mercury might be the smallest of the planet in our solar system but it also has the largest number of craters. The new crater ‘Heaney’ won’t even be the first named after a dead Irish poet. The crater ‘Yeats’ was christened in honor of the Sligo man in 1976 and is estimated to be 62 miles in length.

Seamus Heaney was born in 1939 in Castledawson, Co. Derry. He studied at Queen’s University Belfast and remained in Belfast to teach after graduation. Widely acknowledged as one of the finest poets of the 10th century, he was awarded the Nobel Prize in Literature in 1995.

He passed away in 2013 following a short illness and is buried in his native Co. Derry. The day after his death a crowd of some 81,000 people applauded his memory for three full minutes at the All-Ireland semi final football match.