Nine very Irish things to let go of to be happier

Can you guess what they are or are you worse off than you think? 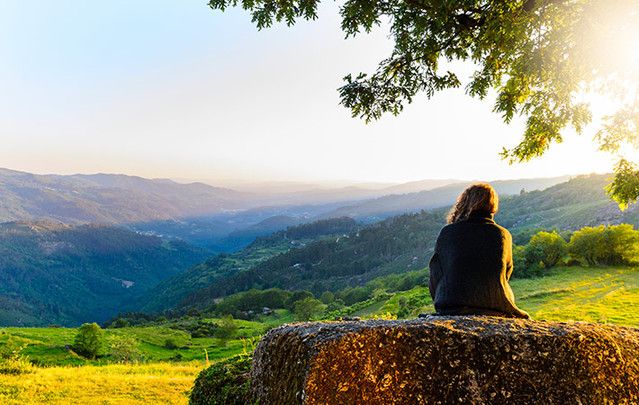 Wouldn't it feel good to let go of all those typical Irish hangups? iStock

The luck of the Irish - we’ve all heard about it, but we’ve also been accused of having a very dark side. I mean, read a Martin McDonagh play, a Patrick McCabe book, or even Colm Toibín or most of the fiction coming out of Ireland lately and you’ll know what I mean.

Here are nine Irish things to cast off if you want to live a happier life.

Irish and guilt go together like love and marriage. Blame our punishing version of Catholicism which made us all sure we're heading to hell if we as much as looked at a dirty picture or had bad thoughts. Thankfully, there is a new era today and Irish people can forget the old ways and embrace a guiltless life. Well, maybe.

Defined by Brendan Behan as the ability to walk ten miles to a funeral but refusing to cross the road to congratulate someone. Yes, we are begrudgers. Just look at the stick poor old Bono gets for trying to save the world. We need to celebrate the success of others, not secretly hate them for it. You’ll feel better too. No you won’t.

No one is quite like the Irish for gossip. Yeats said it all: “Great Hatred, Little Room.” Tearing down folks makes gossip a cousin of begrudgery, but grudges are usually kept quiet while nasty gossip tends to be spread far and wide. “Do you know who’s pregnant and whose child it is?!.” etc.

Especially the South Dublin set who regularly turn up their noses at the Irish yokels from the countryside. Class distinction is still very much alive and well in parts of Ireland and Irish America. Think shanty as against lace curtain Irish.

5 . Complaining about the weather

Get. Over. It. It rains about 300 out of 365 days in Ireland. Think of the fun and craic of the people and accept that we don’t visit or live in Ireland for the weather.

It leads to mental pressure and anxiety. Others even joke about Irish time being slower than GMT. It’s okay when it's a night in the pub, but with meetings and appointments, it's plain annoying.

7. Procrastination or “shure it will be alright tomorrow"

The ability to put things on the long finger is a real Irish trait. Expect the worst when you hire contractors, etc. Don't believe a word when they say they will be there early. But, also, improve your own efforts to get things done.

8. Refusing to visit the doctor

Particularly an Irish male trait. They will do anything rather than go for one of those things called a medical check-up. It could save your life – literally.

9. Stop asking for directions in Ireland

PLUG IN YOUR GPS! If you don’t, you’ll be met with, “Oh Jaysus where are we now let me see ah yes, you turn at the crossroads, not the first one but the second one, take a left then a right, right? Then take a left again and you'll pass a house on the right and keep going until you see another house and that’s not the one but take a right and a left and there’s another house that’s not the one either but keep on straight there may be cattle in the field to the right and that’s the house – at least I think so. Hang on and I’ll ask my brother Seamus.”