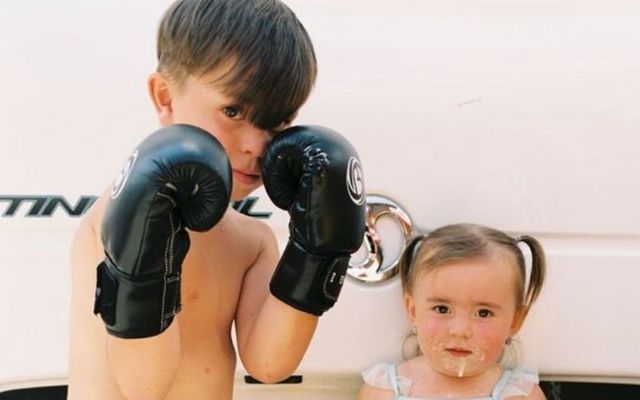 A stunning collection of photographs from London photographer has captured the day-to-day lives of Irish Travellers in the United Kingdom in a bid to end negative stereotypes around the traveling community.

The young freelance photographer visited the Travelling community almost daily over the four-month period to gain an in-depth understanding of the traveling community.

Williams had to win over the Bashley Road Travellers at first. The Travellers were understandably suspicious after years of abuse and stigma from the settled community.

The Londoner said that some members of the Travelling community asked her to strip down in front of them and prove that she wasn't wearing a wire.

The collection of photographs is part of Williams' debut photography book, "We Call It Home." She said that she always wanted to document an aspect of life that has been unexplored or ignored.

💥💥 ‘We Call It Home’ 2nd Edition 💥💥 big thank you to all the support I’ve received so far on this. I got a lot of messages from people who didn’t get a chance to grab a book before they were gone so I will be printing a second edition. New cover, couple new pages and available very soon!! 👀👀

She told the Daily Mail: "It had always been a goal of mine to do a documentary project when I finished uni. I was particularly interested in capturing photos of something that's relatively hard to see or explore.

'In London, the Travelling community immediately came to mind as one of the most unexplored communities due to their fairly closed nature. I was also interested in the fact that they are consistently shown in a negative light in mainstream media."

Williams said that she wanted to show the settled community that the Travelling community is nothing to be afraid of.

She said that she photographed integral parts of the Travelling community's culture to make the project more authentic. Thus, family ties and boxing featured heavily in her work.

Some members of the community were keen to show her what mattered most to them, according to Williams.

"A lot of the time the Travellers had input on what would be interesting to photograph.

"Angela, for instance, took me to her family gravestones as this was something that they were massively proud of. I didn't filter the photos to focus on any one aspect of the way of life but tried to give an overall perspective of life on the site."

Religion and death are another important aspect of life. Emma Williams

The stunning photographs serve to dismiss some of the negative stereotypes that have surrounded Travelers for generations and Williams said that she wanted to show that "they are not so different from us."

We Call It Home is available to buy from her website for $38.