Skellig Michael, the Irish island used as a filming location for “Star Wars: The Last Jedi”, features heavily in the movie’s new trailer. 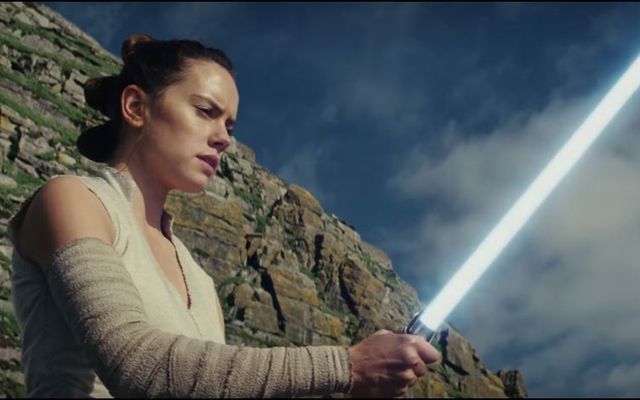 The new trailer for “Star Wars: The Last Jedi” shows off the very best of Skellig Michael, its Irish filming location.

The latest trailer for “Star Wars: The Last Jedi” was released yesterday ahead of the film's December 15 release and it looks like Irish filming location Skellig Michael is going to feature heavily in the latest installment of the hit movie franchise.

The Irish island featured at the end of the previous movie “The Force Awakens” as Rey, played by Daisy Ridley, travels to Skellig Michael to present Luke Skywalker (Mark Hamill) with a lightsaber.

The new trailer for “The Last Jedi”, presented at halftime during the US National Football League (NFL) game between the Minnesota Vikings and the Chicago Bears in Chicago with tickets for the movie going on sale immediately afterward, has Skellig Michael featuring heavily as Rey appears to train with Luke from the isolated rock pinnacle in the middle of the water where he had previously lived in solitude.

The famous Irish island looks absolutely spectacular throughout and we can only presume that the Star Wars team were more than impressed with the Co. Kerry outpost as a filming location.

Although only 154 seconds in length, fans have gone wild for the trailer with one fan referring to it as “the greatest trailer ever made.”

This is the trailer we were looking for.... the greatest trailer ever made

With still over two months to go before “The Last Jedi” release in the US and Ireland, fans are growing increasingly impatient to feast their eyes on the update on new Star Wars favorites Rey and Finn, who were first introduced in “ The Force Awakens” in December 2015, as well as returning to the former favorites, the late, great Carrie Fisher and Mark Hamill.

With millions already having viewed the wondrous shots of both Skellig Michael and the Co. Donegal coastline, where the eighth edition of Star Wars was also filmed, it’s hoped that even more tourists and Star Wars fans will rush to visit the Irish locations after watching the movie.

The real star of The Last Jedi is going to be Ireland's incredible Skellig Islands. pic.twitter.com/0hL2QgD4cK

“We have been captivated by the landscape of the Wild Atlantic Way, it has provided a spectacular backdrop for our story,” LucasFilms wrote last year.

“The tireless commitment of our Irish crew, the enthusiasm and support of all the people in West Cork have made our Irish adventure one we will always treasure.”

@starwars I seriously don't know how I'm supposed to go through life the next 2 and a half months after seeing that trailer... #LastJedi

The mystic Skellig Michael, an uninhabited pinnacle of rock jutting out of the Atlantic Ocean, rises 230 meters above water level just 11 miles from the small Kerry fishing town of Portmagee. With the ruins of an ancient monastery standing eerily at the island’s peak, Skellig Michael was named as a UNESCO World Heritage Site in 1996.

Have you ever visited Skellig Michael? Let us know about the experience in the comments section, below.