Mark Hamill said he'd never go back to Skellig Michael for the next Star Wars film, yet there they went! 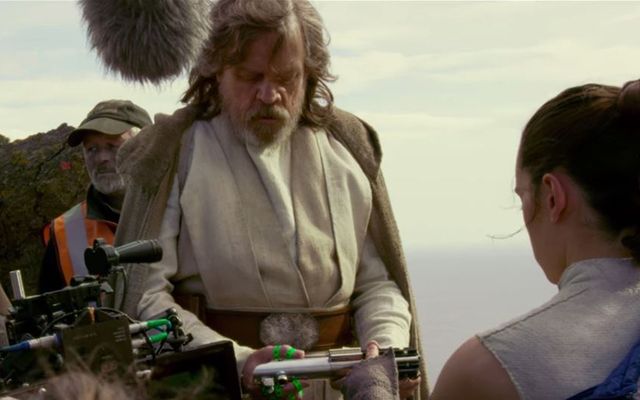 One of Ireland’s most iconic landmarks is set for another close up on the big screen.

Skellig Michael off the coast of Co. Kerry on the Wild Atlantic Way featured in Star Wars: The Force Awakens in the very last scene when Rey goes in search of Luke Skywalker and finds him in a cliffhanger of a scene.

The production team chose the island because of its hauntingly beautiful scenery and its timeless nature.

And they enjoyed filming there so much, the island features prominently in the new behind-the-scenes teaser trailer for Star Wars: The Last Jedi - due to be released in December.

The decision came as something of a surprise to actor, Mark Hamill, who returns again to play the part of Luke Skywalker.

"When I read the script for Episode VIII, I went, 'Oh my God, we're going back?'" Hamill said. "Because I said I was never going back."

Hamill has previously admitted that Skellig Michael’s unique geography has been something of a challenge to him as an actor.

After centuries of habitation by monks, Skellig Michael was named a UNESCO World Heritage Site in 1996.

Read More: Why we have to protect Skellig Michael before it's too late

Long known as one of Ireland’s premier tourist attractions, it attracted 12,560 visitors in 2015 but number surged after the cast of Star Wars visited the island and 14,678 people made the trip in 2016.