Sheena Dignam is determined that Irish food should be recognized as a majorly important aspect of tourism. 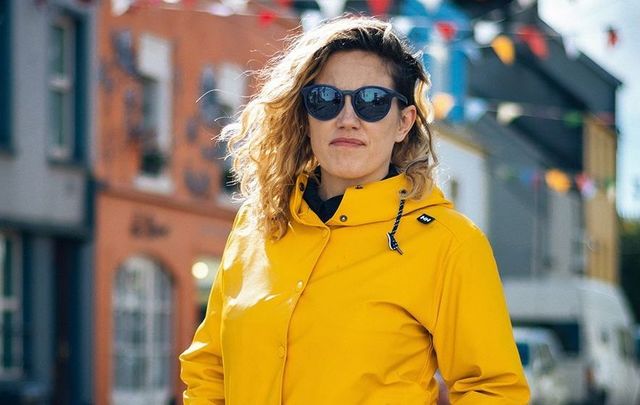 For Galway Food Tours' founder Sheena Dignam, Irish food is something to be celebrated.

Sheena Dignam, who is the mastermind behind the ever-popular Galway Food Tours, is obsessed with Irish food.

Having centered her career around it, Sheena is determined that Irish food should be recognized as a majorly important aspect of tourism. Her grand plan to achieve this goal is centered around food tours that highlight the stories, as opposed to what people expect they will be exposed to when they visit Ireland.

Born in Ireland, but raised in France, Sheena's view of Irish food is quite unique, as she wasn't fully exposed to it until she reached adulthood. When we asked her about how her childhood in France shaped her love of all things food, Sheena said that it opened her eyes to what food was all about.

"I left Ireland when I was seven, so France was a whole new world for me. My first experience was in a neighbor's house where were given aperitifs and quail eggs. I had never had one before so I thought it was like a brightly colored Cadbury's egg, so I tore into it, shell and all!

"My family lives in a rich culinary area with amazing terroir and traditions. I really loved how diverse France was and how they really think about what they’re tasting, which was something I had never noticed in Ireland.

"I decided to study culinary arts, which involved lots of stages (culinary internships that involved stints working in kitchens) and I was hooked instantly, I just loved it. In 2004, I decided to come home to Ireland, which was a really exciting time for food in Dublin.

"I was a manager at The Round Room at the Mansion House, which is now FIRE Restaurant. I had now idea how to engage with employees and manage them, so this was a great learning experience for me.

"I then worked with Charles Guilbaud, son of Patrick Guilbaud, at Venu Brasserie on South Anne Street. It's now closed, but it was so brilliant to work there because it was so busy and big, I learned so much there too." 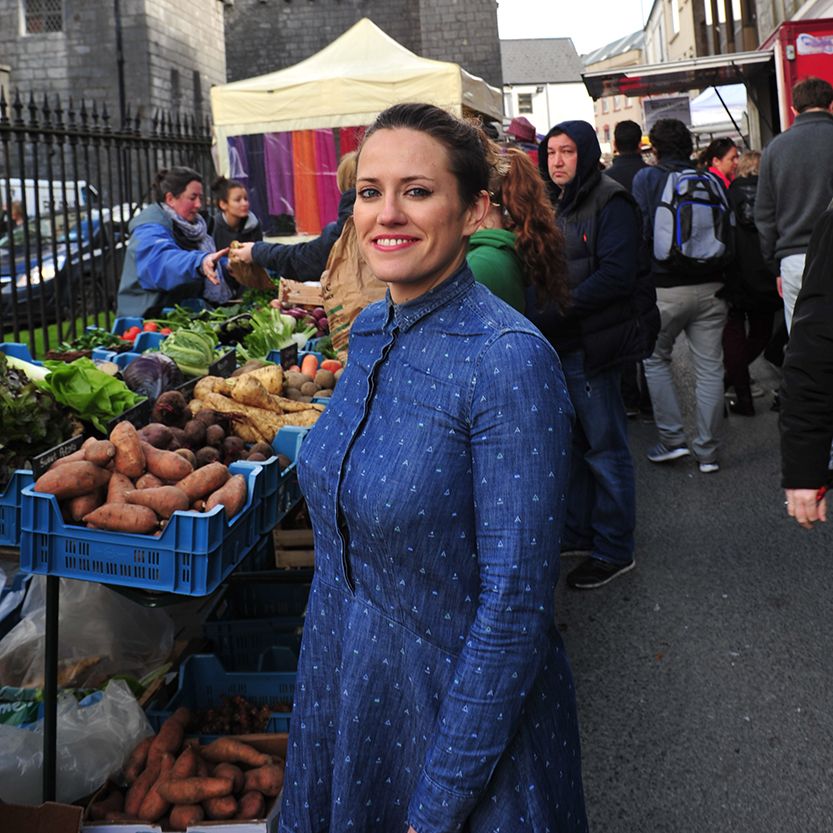 The beginning of Galway Food Tours

But what made Sheena decided to make the leap to the West of Ireland? It turns out, that she was inspired by another Irish food tour.

"I opened a chocolate shop called Cocoa Atelier where we made all the chocolates ourselves, which helped me to learn more about what the customer doesn't see about food businesses, like packaging and processes. Fab Food Trails tour groups would come in soI could showcase all of our great products and I think that's when the seed for Galway Food Tours was planted.

"I was always slagged in France because everyone would say there's nothing good to eat in Ireland, but I knew that wasn't true so I started my business to showcase what we're doing now. The energy that's around food now shows a completely new culinary scene and a completely new Ireland. I want to show people how traditions in Ireland have really changed."

Eventually, Sheena made the jump from Dublin to Galway, which was where the business was born. While Dublin's food scene is ever-changing, Galway is a region that has found a way to fully combine the traditions of the West with new trends to create a vibrant community. This unique atmosphere is what drove Sheena to Galway.

"The connection that people in the city of Galway have with local producers is really beautiful. I love the stories people tell and that generations of people come in and out of the city from Connemara, speaking as Gaeilge, to find amazing local produce. New and old has its place in Galway but I'm not interested in what people think Irish food is, I want to show them what it is now.

"A woman on one of the tours a few weeks ago brought a sachet of salt with her because her mum had visited 30 years ago and told her that everything was overcooked and bland, but she was absolutely blown away by everything in the end. People don't come to Ireland for the food, but that's something that we're changing now."

The strength of Irish food

Since Sheena started her tours, the company has gone from strength to strength. When we asked if there was any trend she had seen emerge, Sheena told us that now she really notices how much people want to make a connection with food.

"People start off not knowing what to expect on the tour, but then you see their smile when they leave and you know that they've understood it. When locals come, it’s exciting to show them what’s going on in their surrounding. I love the heartfelt connection that people develop with a city on our tours. It comes about because they’ve met all the people that make the city, people you might not get to meet normally.

"People just want to experience what is local to a city and get a real taste of what we have to offer. People don't want all the frills, they want to meet people, like the farmer, the butcher, the grower, and understand what the city is all about."

Find out more about Sheena and Galway Food Tours here.