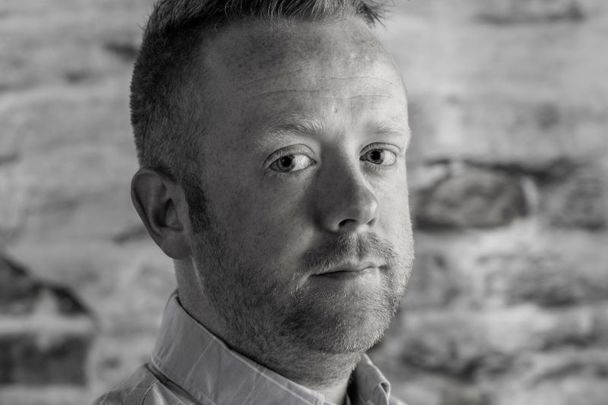 Sean Dunne. author of "A D’Arcy Blake Adventure: A Case for the Tech Detectives"

Sean Dunne tells IrishCentral about how his new novel "A D’Arcy Blake Adventure: A Case for the Tech Detectives", about a teen who returns from Boston to Galway, came to be.

Earlier this March, Sean Dunne, a former staff writer at IrishCentral and currently a producer on the Irish current events TV show "The Tonight Show," launched his first novel "A D’Arcy Blake Adventure: A Case for the Tech Detectives".

The book focuses on teenage detective D’Arcy Blake who has recently moved home from Boston in the United States to Salthill, Galway Ireland.

Having struggled to fit in at school in America, D’Arcy sets out to make sure his new life in the West of Ireland is different. And it is!

A strong bond with his grandmother Nancy ensures D’Arcy has a firm grounding in his new local community. D’Arcy is a strong-willed teenager and alongside his friends, Marc and Claire and the new girl in town, Fatima, D’Arcy and his crew set out to solve a mystery at the local abandoned mansion, Wakefield Manor. The Manor leads the teenage detective on a dangerous course when they encounter TJ Wakefield, and a daring mission unfolds for the friends.

Before taking on his first teen novel and working at Virgin Media's "The Tonight Show" Seán has written for The Irish Times, Sunday Independent, Irish Daily Mail, and Mail on Sunday newspapers. An award-winning journalist, he was named the 2016 Newsbrands Ireland Young Journalist of the Year as well as being a recipient of awards from The Law Society of Ireland and a Simon Cumbers Funding Recipient.

Sean told IrishCentral how "A D’Arcy Blake Adventure: A Case for the Tech Detectives" came about.

How did you come up with the idea for the book?

I have always been interested in writing having spent the earlier days of my career as a newspaper reporter. I always loved writing features for the papers more so than the news and analysis. Like most people, I'd long dreamed of writing a book but finding the time and motivation to give the project the creativity it needed, was born out of the COVID-19 pandemic. I had a huge interest as a kid in the Enid Blyton 'Famous Five' series, so that's the inspiration behind D'Arcy Blake and the Tech Detectives.

"A D’Arcy Blake Adventure: A Case for the Tech Detectives" by Sean Dunne.

This seems like a very productive way to spend being at home during the pandemic...

It certainly was. I was living on my own in the first pandemic and my days when not working were spent walking or running in the Phoenix Park. I wasn't seeing a huge amount of people and one evening sat down at the desk and revisited a draft of characters I had started a few years ago and decided it was time to try and bring this book to life once and for all. So began the midnight writing tour, like a lot of people I found the headspace better in the evenings to write.

How long did it take you from idea to first draft?

It's taken almost two years to get here and lots and lots of edits. Writing a book is not like a newspaper where you have a deadline. Writing the book took research and a lot of patience. Particularly when a publisher comes on board you must look at aspects of your writing, I may have thought were excellent but the published had other ideas. Luckily, I had a great working relationship with my publisher Bookhub in Galway and my editor Susan McKenna. She saw the vision for the book immediately and it's been fun to get to publication day last Thursday.

You were a journalist and are now a producer, was writing fiction almost a form of escapism?

Absolutely, I work as a producer on The Tonight Show on Virgin Media and it's a busy show. We air four nights a week, Monday to Thursday from 10pm but our day can start at 8am listening to early news shows and mapping out the day. We have a very small team and work well together, so I am lucky to have supportive colleagues, but I think all journalists and producers felt the overconsumption of news during the pandemic. There were days where we never thought there would be another story except the pandemic so writing D'Arcy Blake and the fictional world of the Tech Detectives was good for me as I enjoyed escaping to that world.

It's hard to ever really turn off news when you work in that world but it's good to at least try.

One of the themes you want to touch on was inclusion, why was that so important to the story?

The book is based on a teenage detective D'Arcy Blake who moves back to Galway from Boston and is trying to fit in. Like most teenagers, D'Arcy is navigating a whole new world and he meets the new girl in town too, Fatima who is now living in Galway having left Syria with her family in search of a new life. I wanted the book to be diverse and represent modern-day Ireland in a way some of the older detective books for this generation don't.

Did you do any research in order to aim the story at young teens?

I was reading a lot of young adult novels on the market and speaking to parents who had teenagers to see what kids like now and the overwhelming thing I found was that teenagers love of their phones and technology, so I wanted to incorporate that in my writing in the hope of appealing to a new generation of readers.

Could this be part of a series?

Yes, I am hoping to write two more books as part of this series. The ending of book one sets D'Arcy up for a new adventure with his teenage detectives.

You're a producer on The Tonight Show, would you ever write something aimed at that audience?

I would love to get into writing adult fiction and continue to work in TV. I love working in media and always will. TV is fast-paced and with four shows a week, that's a lot of news stories and politics to cover but it's a lot of fun too.

Any advice for those with an idea looking to get published?

If you can write a few hundred words a day on your lunch break and try to hit 2,000 words a week to begin with, you'll have a rough draft in a few months. I'd spend time with this rough draft cleaning it up as best you can before sending it to publishers but be confident in yourself too, there's a book in everyone it's just about finding that creative space for it to live in.

D'Arcy Blake and The Tech Detectives is available to purchase from Book Hub Publishing here or at Hodges Figgis, Charlie Byrnes Galway, TheBookmark.ie