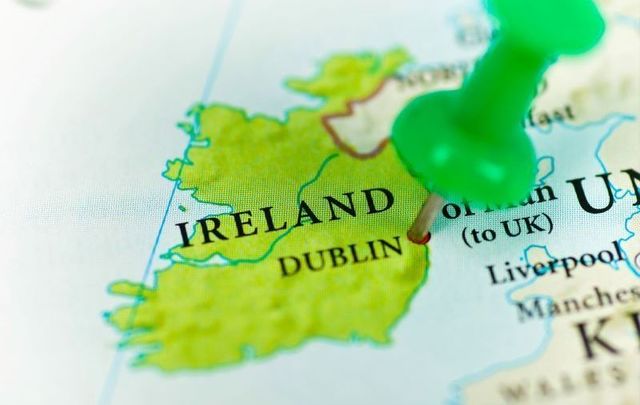 Ireland has quickly changed from a country of emigrants to a country of immigrants, Dr. Joseph Lennon of Villanova University's Center for Irish Studies tells IrishCentral. Getty Images

Villanova University’s Center for Irish Studies, which has an academic partnership with the Princess Grace Irish Library of Monaco, recently brought together leading scholars across a range of disciplines for a special symposium.

Before her death in 1982, Irish American Grace Kelly had amassed a sizeable collection of Irish literature and music. To commemorate her dedication to Irish arts, her widower Prince Rainier III established the Princess Grace Irish Library in Monaco in 1984 under the aegis of Fondation Princesse Grace.

Leading American and Irish scholars came together in Monaco between October 9 and 10 to examine the history, impact, and support of the arts in Ireland and the diaspora through the lens of cultural institutions; diversity, inclusion, and experience; and politics.

"The event highlighted Ireland’s considerable artistic prowess, which over centuries has granted the island worldwide cultural status disproportionate to its size, economical or geopolitical power," Villanova said in a statement after the event.

Dr. Joseph Lennon, the Director of Villanova University's Center for Irish Studies, spoke with IrishCentral after the symposium.

“The Library over the years has been very supportive of Irish studies,” Lennon said. "They have a tremendous library. They have copies of texts from the 12th century, but it’s really 18th century to the present.

“They want to have a bigger mission than merely being a library for people to go to. So, they began to host writers there and after some time they decided why not host a symposium.

“They asked me if we could organize something. We wanted to think about what would be relevant for the Princess Grace Irish Library and what would be of some interest and help for scholars and institutional leaders.

“In particular, Ireland has changed from being a culture of emigration to being one of immigration; that's changed how the arts model is imagined.

“Nationalism was very important in Ireland in establishing itself as the Free State and the Republic but it’s difficult to link ethnicity to Ireland today because there’s people from all over.”

Lennon says that at the symposium, "We proposed thinking about Ireland in terms of cultural democracy, which is a term that scholars and institutional leaders use to think about arts support to all people in society.”

At the symposium, Lennon delivered the lecture "'Newcome and Native’: Visions of Irish Cultural Democracy," which questioned: "How will Irish writers and artists pivot to understand themselves as part of a global culture—in a society where immigration outpaces emigration, where multiple cultures are remembered and multiple futures imagined?"

Lennon went on to explain that race in Irish America is a key theme being examined at Villanova's Center for Irish Studies. He told IrishCentral: “There is a kind of racism [in Irish America] that we feel that we have a particular responsibility to confront, and also to bring people along.”

(The Center, which is hosting Irish writer Emma Dabiri in the spring semester for a course studying the literature of the overlapping diasporas of Ireland and Africa, has published its own anti-racist statement.)

Lennon noted that inclusivity was a goal of the symposium. There was an all-island Ireland approach, as well as a focus on thinking about people of different faith traditions and “moving away from Catholic ethnic centered identity but one that’s more reflective of Ireland today."

“It requires a lot of rethinking," Lennon said, "it’s not just announce it and then it’s changed because it’s a cultural change.” He later added: “Irishness has been a political football for well over 150 years; every generation has to tweak it.”

Lennon agreed that the understanding of what it means to be Irish has changed drastically and quickly - “It’s changed enormously, obviously in Ireland, more than perhaps the Diaspora.”

Villanova's Center for Irish Studies is "very interested in having these public discussions," Lennon said.

Lennon hopes that a report from the symposium will be published within a year.

You can learn more about Villanova’s Center for Irish Studies here, and the Grace Kelly Irish Library in Monaco here.