The Irish are known for the gift of the gab, and then some, but it's not just us that have thoughts about the Irish. 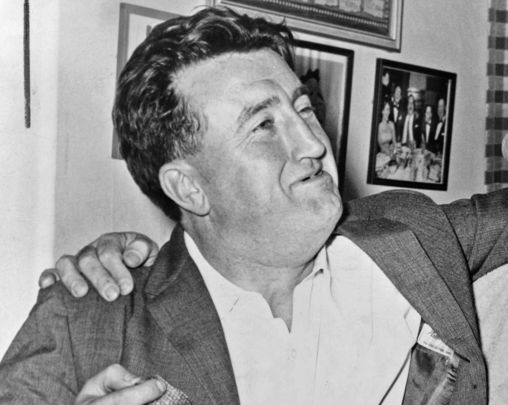 There's one thing you can't deny - the Irish are always interesting! These quotes on humor, maturity, wit, and wisdom show just a little of the crazy inside all Irish.

Here are some original quotes about the Irish that may get your attention:

“I think being a woman is like being Irish. Everyone says you’re important and nice, but you take second place all the same."- Iris Murdoch, Novelist, and Philosopher, (1919-1999).

“I think music is the only hope this world has of bringing people together. It’s the only thing that can bring ’em together under one roof. We go over to Ireland and play and there they are, there’s three different factions: the British, the Irish, and the Irish Republican Army in this big coliseum and they’re getting along. When we start to leave they go back to fighting. It’s been going that way for all those years...” - Country legend the late Waylon Jennings.

"I am married to Beatrice Salkeld, a painter. We have no children, except me." - Brendan Behan.

"I think the Irish woman was freed from slavery by bingo…. They can go out now, dressed up, with their handbags and have a drink and play bingo. And they deserve it." - John B. Keane, Irish writer, (1928-2002).

"I hope, by the way, that I do not sound anti-British. It is impossible not to admire a people who gave up India and held on to Northern Ireland. That shows a truly Celtic sense of humor." - John Dominic Crossan, Irish-American scholar and writer (born 1934).

"If this humor be the safety of our race, then it is due largely to the infusion into the American people of the Irish brain." - William Howard Taft, 27th US President (1857-1930).

"An Irishman will always soften bad news, so that a major coronary is no more than ‘a bad turn’ and a near hurricane that leaves thousands homeless is ‘good drying weather’." - Hugh Leonard, Irish writer, (1926-2009).

"He knows nothing and he thinks he knows everything. That points clearly to a political career." - George Bernard Shaw, Irish writer, (1856-1950).

"The most important thing I would learn in school was that almost everything I would learn in school would be utterly useless. When I was fifteen I knew the principal industries of the Ruhr Valley, the underlying causes of World War One and what Peig Sayers had for her dinner every day…What I wanted to know when I was fifteen was the best way to chat up girls. That is what I still want to know." - Joseph O’Connor, Irish writer, from ‘The Secret World of the Irish Male’.