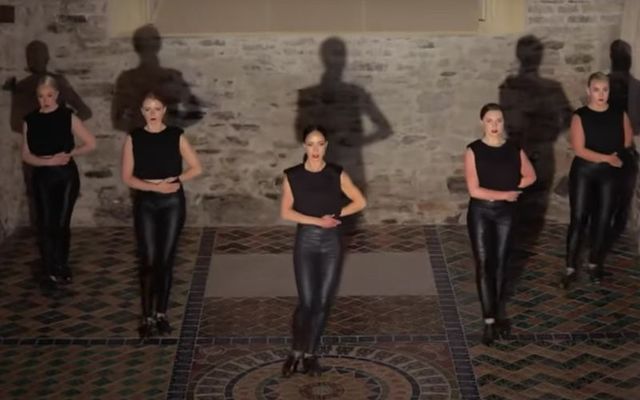 The video has gone viral on Facebook with over 2 million views so far.

According to the Facebook post, the video is "a piece from the film ‘Dear Fingal’ which was created and directed by David Gilna. Shot and edited by Louis Maxwell. Funded by Creative Ireland, supported by Fingal county council and filmed on location at Swords Castle."

According to ClassicFM, the mesmerizing dance performance was shot in Swords Castle, an early medieval castle in Swords, Dublin, built in 1200 AD.

“The tiles are fine, so don’t be worrying,” wrote the dancers, just in case viewers are concerned about the castle’s elaborate medieval flooring.

The music is played by The Vivaldi Philharmonic orchestra.

Italian composer Vivaldi, who was known as "the Red Priest" for his red hair, created The Four Seasons around 1718-1720. Each of the four violin concertos gives musical expression to the one of the four seasons of the year. It is one of classical music’s most well-known works.

Kenefick, a World Irish Dancing Champion from Cork, founded the dance troupe after leaving his lead dancer role in Riverdance, according to the Irish Examiner.

The group, which won the British talent show Got to Dance in 2012, debuted their touring show 'Footstorm' in 2013.

'ProdiJIG: The Revolution,'  which "celebrates the spirit of creativity and freedom through themes of riot and revolution," opened at Cork Opera House in 2016.

SURVEY: What merchandise do you want to see in the IrishCentral Shop?