Profiles in Pride: Declan Flynn, a death that changed Ireland

Celebrating Irish icons, past and present from the Irish LGBTQ community for Pride 2022. Here, a look at Declan Flynn. 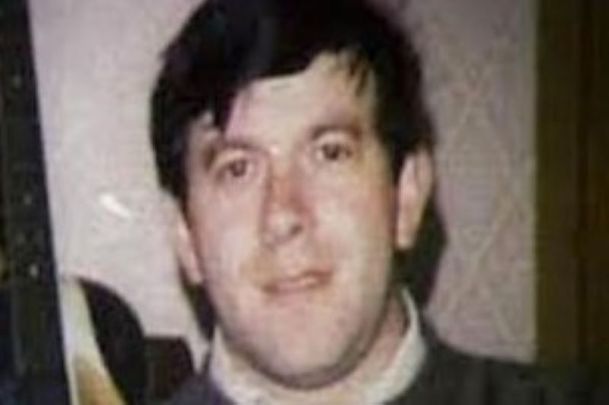 The savage murder of Declan Flynn in a Dublin park, in 1982, inspired the Irish gay rights movement and changed Ireland forever.

Editor's note: IrishCentral presents 'Profiles in Pride,' a celebration of inspiring people from Ireland's LGBTQ community both past and present.

Declan Flynn changed Ireland although he would not live to see it. He had one of the furtive gay lives that it offered to a young man of his time. Closeted to his family and only slightly known on the gay scene, he darted between worlds like a spy in an espionage film.

There was nothing remarkable about him, he was simply what the Irish call sound. History records the basic details of his life: he worked at Aer Rianta, the airport authority in Dublin, which was a solid job in the recession that hit the early 1980's when people were daily fleeing the country through it.

On his last night on earth on September 9, 1982, Flynn headed home through Fairview Park, which was known as a gay pick up spot. A gang of five teenagers was waiting for him, one acting as live bait.

When the signal was given the others attacked him, knocking him to the ground and kicking him repeatedly, then bashing him with branches they had fashioned into weapons. They stole his watch and left him lying on the path, asphyxiating in his own blood.

In March 1983 the case came before the court of Justice Sean Gannon, who gave Flynn's murderers suspended sentences for manslaughter, allowing all five to walk free.

The news was reportedly greeted with public cheering in Fairview. The lads were welcomed home as though they were the ones who had been targeted, not the other way around. “This,” Justice Gannon said at the trial, “could never be regarded as murder.”

Revulsion at the sentence inspired the Irish gay rights movement. Days after the killing 900 people marched from Liberty Hall to Fairview Park to attend a rally with speakers from the recently formed Dublin Lesbian and Gay Men's Collective and the Dublin Rape Crisis Centre.

His short life and lonely death would eventually change Ireland.

Where did the phrase "Forty Shades of Green" for Ireland come from?

These are the best traditional restaurants in Dublin