Pope Francis is set to elevate Knock Shrine in County Mayo to an internationally-recognized shrine later this month. 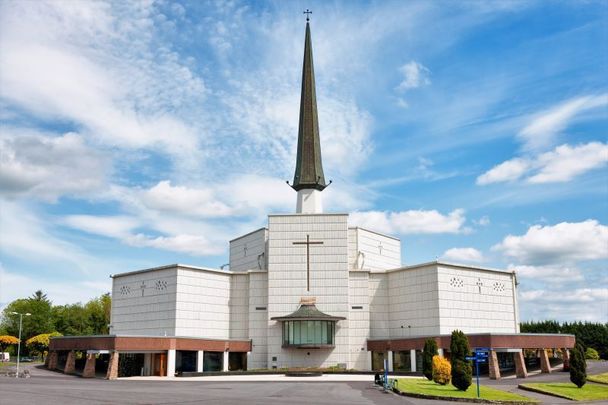 Knock Shrine has been closed for the vast majority of the last 12 months due to the COVID-19 pandemic. Getty

Pope Francis is set to elevate Knock Shrine in County Mayo to an internationally-recognized shrine later this month.

Knock Shrine has held the status of national Marian Shrine for decades, but Pope Francis is set to elevate it to an International Marian and Eucharistic Shrine at 7:30 p.m. on March 19.

The pope will deliver a special message via video link on Friday when he recognizes Knock as one of the leading shrines in the world.

Fr. Richard Gibbons of Knock welcomed the announcement and said that Knock will now be recognized alongside internationally-renowned Lourdes or Fatima.

"Status like this given my Rome is hugely important. When people look up Knock Shrine they will see its standing in the Church and that it has been approved by Rome," Fr. Gibbons told Western People.

"Since the time of the Apparition, Knock Shrine has been a place of hope and given comfort and consolation to people. The completely unique nature of the Apparition scene is something that has fascinated and inspired people for generations. We are truly grateful for this recognition from Pope Francis."

"Over the course of the pandemic Knock Shrine has led the way in helping people to engage with their faith and offered daily religious services online."

He pointed to an online remembrance mass held at Knock on Nov. 22 for all those that died of COVID-19 on the island of Ireland. More than 120,000 people joined the online mass which remembered everyone who died of the coronavirus by placing 3,000 candles around Knock Basilica.

Archbishop of Tuam Michael Neary will celebrate the mass on March 19, which will feature a special message from Pope Francis, while Cardinal Christoph Schönborn, Archbishop of Vienna, will speak at a separate mass at 7:30 p.m. on Saturday.

Archbishop of Tuam Michael Neary will speak at a third mass at 12 p.m. on Sunday, March 21.