Last year, the Campfire was the most successful event hosted by the Irish Echo as part of its efforts to keep spirits high during the most trying of moments. 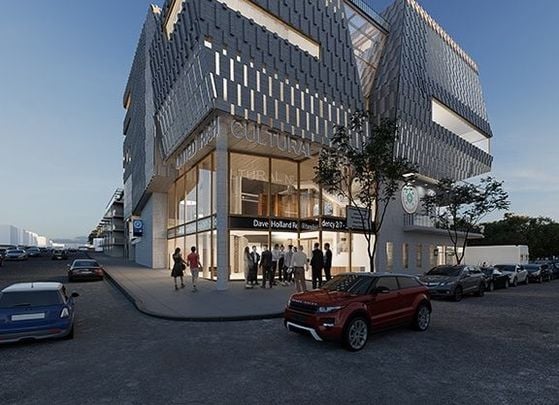 "Make no little plans," goes the Daniel Burnham quote, "they have no magic to stir men's (or women's) blood and probably themselves will not be realized. Make big plans; aim high in hope and work."

They certainly are taking that advice to heart across Irish America. The finishing touches are being put to the New York Irish Arts Center, which should come in at a cool $60m, while, not to be outdone, their cousins on the west coast have unveiled ambitious plans for a new Irish center by 2025.

They have kept the costs of the new Irish center in San Francisco down to just $45m-$50m but the scale of the ambition and energy of their drive is evident in the artist's impressions of the cathedral to all things Irish which will rise on the site of their current premises.

I come from a city where the last major civic building was opened in 2012 — a fine building it is too, Titanic Belfast. But since the Lyric Theatre and MAC opened a decade and more ago, we've been playing the waiting game.

This is why the discussions and debates at the Big Irish Campfire, which will take Rebuilding as its theme, should be watched closely by those setting about the work of repair and healing post-Covid on both sides of the Atlantic.

Last year, the Campfire was the most successful event hosted by the Irish Echo as part of its efforts to keep spirits high during the most trying of moments. Pre-vaccines, we had a pretty captive audience, if truth be told, but nevertheless, the upbeat reports from across the USA of every day, Irish American heroes keeping the faith and helping others were inspirational.

This time out on 27 August, we will host a live, in-person audience in the conference space of Rosie O'Grady's, Times Square, New York, while also inviting in online campers — careful though if you're toasting those marshmallows at home!

Following a full-day around the Campfire, we will repair to Rosie's ballroom for a gala dinner to honor The Irish Rebuilders, the folks already putting the pieces back together again and — as is the case in San Francisco — setting their sights ever-higher. Our roll of honor will include Belfast-born Caron McMahon of the Irish Heritage Club in Seattle, Elizabeth Stack of the Irish American History Museum in Albany, NY, Mike Mitchell, Executive Director of the Milwaukee Irish Fest and North Belfast boy done good in Buffalo, New York, Conor Hawkins. That quartet will fly in to join us in person. But if we can swing it, we'll also have one other special guest - Grace Moran whose podcast on son's Brian Moran weekly show was a highlight of lockdown for anyone who loves Irish America.

They have a nice motto in the United Irish Cultural Center in the city on the Bay, everyone can chip in to the rebuilding effort with their "time, talent or treasure".

Combine all three and rebuilding will be a breeze. Come join us around the Campfire on 27 August – if Delta permits, I'll be there in person on 7th Avenue. if not, I'll still be there in spirit and following online.

Remember, bring your own marshmallows!