The actor takes a look back on his 007 debut and recalls what it was like being an Irishman playing a British cultural icon. 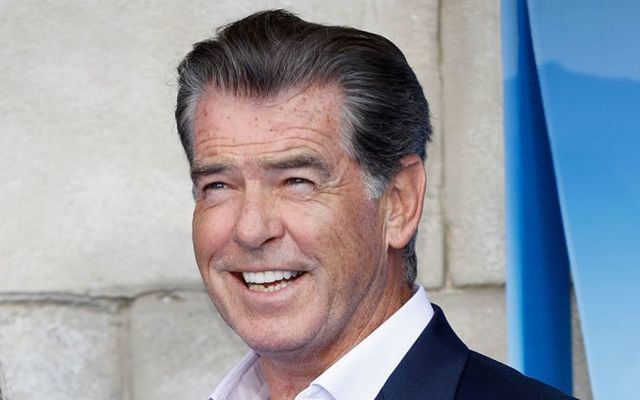 Irish actor Pierce Brosnan first took on the iconic role of James Bond in the 1995 film GoldenEye, following in the footsteps of Sean Connery, Roger Moore, and Timothy Dalton. He would appear as the suave British spy in four films, before actor Daniel Craig took over the role in Casino Royale in 2006.

In an interview with the Guardian, Brosnan took a look back on his 007 debut and recalled what it was like being an Irishman playing a British cultural icon.

“The first film I saw when I came to London as a boy was Goldfinger, which starred Sean Connery as 007. In Ireland, I had been brought up on a diet of Old Mother Riley and Norman Wisdom, so it was a bedazzling moment, seeing this lady covered in gold paint. I ended up getting a toy car with an ejector seat, but I didn’t have any aspirations to be James Bond. The character who really captured my imagination was Oddjob, Goldfinger’s bowler-hatted henchman.”

Brosnan first met producer Albert R. Broccoli on the set of For Your Eyes Only when Brosnan’s then-wife, the late Cassandra Harris, was appearing in the film. Brosnan was considered for the 1987 Bond film The Living Daylights, but he was ruled out because of his contract with the television show Remington Steele and the role went to Timothy Dalton.

“I was originally offered the role of 007 for The Living Daylights. I’d done all the photos with the iconic gun pose and my late wife and I were about to toast our new life with a bottle of Cristal when my agent called and said: ‘It’s fallen through.’ It was because I couldn’t get out of Remington Steele. The role went to Timothy Dalton instead but, by the mid-90s, the franchise had been dormant for six years because of a rights dispute. I heard rumblings that the part was available, but ignored them because I didn’t want to put myself back in that emotional vortex. Then I met the producers Cubby and Barbara Broccoli and, a week later, they called and said: ‘You’re in.’”

“The sceptics were out in full: the world felt there was no need for another James Bond. So the challenge was enormous. I didn’t want to get caught between what Sean and Roger had done. Yet, at the end of the day, my take was a little bit of what both had brought to the role. I leant towards Sean’s style, but I couldn’t deny Roger because GoldenEye was in the tongue-in-cheek style people had become used to.”

Read More: Pierce Brosnan says all the fun has gone out of James Bond

Brosnan added: “It was a demanding role, physically and emotionally. I did a lot of wirework and fight sequences. They created a padded cell for the fight in the bathhouse with Xenia Onatopp (Famke Janssen), so we could go at it pretty hard. The most arduous fight was the one with Sean Bean, on the ladder over the giant radio telescope at the end. He and I spent six weeks constructing the sequence, working on it during our lunch breaks and at the end of the day with a stunt co-ordinator. But carrying myself as Bond was as much a mental as a physical thing. You have to hold the stage. You go in to win, full tilt to the finish line.”

“GoldenEye’s success was a great relief. I was prepared for the attention. Once you have that brand, you’re stamped as a Bond. It was a great irony playing a British cultural icon as an Irishman. I had a quiet chuckle to myself.”