Shakespeare and Company, based in Paris. France, was the only bookshop to publish Irish author James Joyce's Ulysses in full. 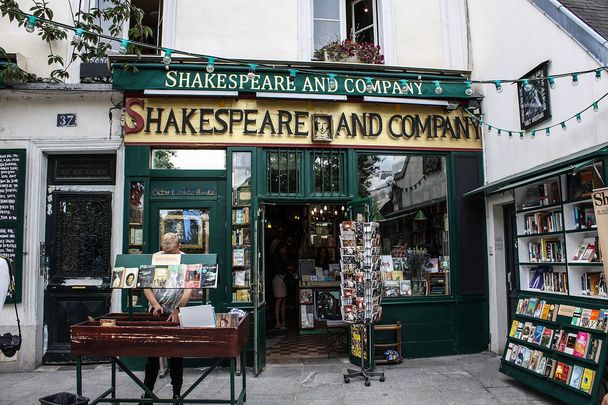 The iconic Parisien bookshop that published James Joyce's Ulysses is appealing to readers for financial support after it suffered heavy losses throughout 2020 due to the COVID-19 pandemic.

Shakespeare and Company, an English language bookstore located on the Seine River in the French Capital, sent an email to its customers last week to inform them that the store was going through "hard times" and to encourage them to buy a book.

Sylvia Whitman, daughter of the bookshop's late proprietor George Whitman, told the Associated Press that sales were down 80% since the first COVID-19 lockdown in March and that the store had now used up all of its savings.

Paris entered a second coronavirus lockdown at the end of October, shuttering all non-essential businesses, including Shakespeare and Company, and Whitman told the AP that she has been "overwhelmed" by offers to aid the struggling bookshop.

Customers have flocked online in a bid to save the store, she said. There has been a record-breaking 5,000 orders in just one week, according to Whitman. The bookshop usually takes about 100 online orders in a normal week by contrast.

Many Parisiens, from college students to former French President Francois Hollande, have supported Shakespeare and Company, with some donating to the bookshop without even buying a book.

Whitman told the AP that many people had been in touch to share their own memories of the iconic Parisien haunt.

Founded by Sylvia Beach in 1919, Shakespeare and Company became a source of inspiration for some of the world's most famous writers, including T.S. Elliot, Ernest Hemmingway, F. Scott Fitzgerald, and James Joyce.

Joyce enjoyed a deep connection with the bookshop, which published his 700-page magnum opus "Ulysses" at a time when no one would, Whitman said.

"No one else dared publish it in full ... She [Sylvia Beach] became one of the smallest publishers of one of the biggest books of the century, Whitman told the AP.

Whitman is drawing inspiration from Beach, who ensured that the bookshop survived the economic depression of 1929 by setting up the "Friends of Shakespeare and Company" to secure donations from expatriates in Paris to keep the store afloat.

Whitman has similarly set up an online "Friends of Shakespeare and Company" donation page in the hope of seeing the store through another financial crisis.