The history of Irish mixed-race families in Britain goes back centuries. 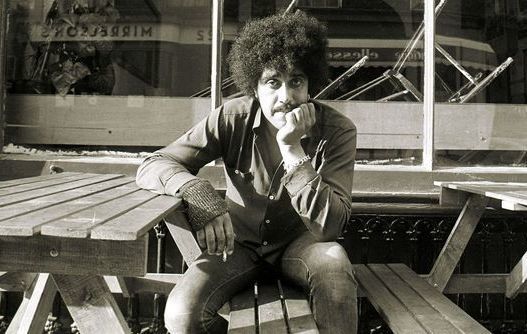 Thin Lizzy's Phil Lynott was one of the most famous mixed-race Irish immigrants born in England. Rolling News

A digital museum dedicated to ethnic minorities in Britain has launched an online exhibition to tell the stories of mixed-race Irish families in the United Kingdom.

The Mixed Museum launched the "Mixed Race Irish Families in Britain, 1700-2000" exhibition in 2020 which explores the social reactions to mixed-race Irish families in Britain over the course of three centuries.

The online exhibition was curated by the Mixed Museum in conjunction with the Association of Mixed Race Irish and draws on materials from both organizations' collections in addition to new and fascinating research.

The in-depth exhibition studies mixed-race Irish people's experiences in Britain and creates an Irish perspective within the context of racial mixing in Britain.

The series begins by documenting the history of multiracial families in Ireland and its role in creating a society of mixed-race families in Britain.

Other accounts document how Irish immigrants tended to migrate to multiracial British cities like London and Liverpool were they often married black immigrants living in the same area, resulting in a population of mixed-race Irish families.

The exhibition draws on newspaper clippings and photographs in addition to other archive material to document the history of multiracial families in Britain and the attitudes towards ethnic minorities.

Research from the Mixed Museum and the Association of Mixed Race Irish has found that, while racism existed in Britain, white British people were not opposed to mixed marriages before the 19th century.

The exhibition notes that the British attitude towards ethnic minorities changes with the influx of a huge number of Irish immigrants during the Great Hunger in the 19th century.

White British people began to view themselves as superior to other white nationalities and even more superior than black immigrants, according to the exhibition, which notes that racism in Britain intensified at the turn of the 20th century, particularly for mixed-race families.

It notes the social consequences for "crossing racial boundaries" and starting a family with someone of a different color. Through a wealth of newspaper reports, the exhibition notes how many of the white women to marry black men were Irish or of Irish descent and how British media painted them as "white women of the lower classes."

A new wave of mixed-race Irish families arrived after the Second World War, according to the museum.

Black American soldiers fathered children with Irish women while stationed in Britain during the war and the children would grow up in an incredibly hostile environment, facing multiple prejudices.

A fresh influx of Irish immigrants in the 1950s precipitated further anti-Irish sentiment as "No Blacks, No Irish, No Dogs" signs began to appear in shop windows.

For a mixed-race Irish child, they now faced discrimination on two grounds.

The series continues right up until the new millennium and reveals that mixed-race families face discrimination until 1990 before attitudes finally began to change.

The project takes place at an incredibly important and appropriate time in history when conversations about societal racism are taking place around the world in the wake of George Floyd's death in Minneapolis. The series serves as a reminder that the struggle is nothing new, and that ethnic minorities have been battling racial discrimination for centuries.