LISTEN: Celebrating the Irish language's history and future in Donegal

Erin's Isle podcast visits Niall Ó Dónaill's cottage in Donegal, where Eugene Green celebrates the history of the author of the first English Irish dictionary and the Irish language in the Gaeltacht county of Donegal. 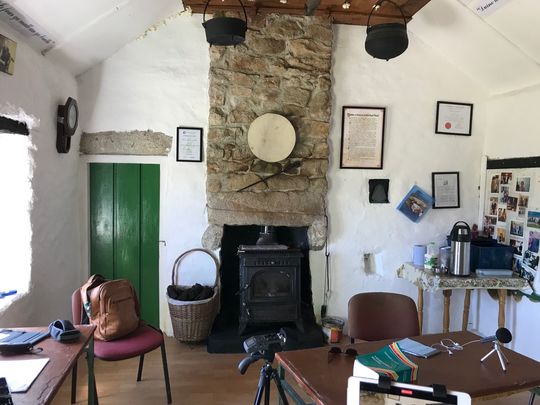 Restoration of Naill O'Donnell's cottage is a labor of love for Eugene Green ErinsIsle.org

In County Donegal, there are just a few of the many  Gaeltachts in Ireland, areas where Irish remains the prominent language to this day and Eugene Green not only celebrates the historical ties the county has to the language but is furthering its use for the future.

A few years back, Eugene Green came upon the family cottage, once owned by Niall Ó Dónaill, that had fallen into disrepair and took it upon himself to spearhead its restoration. Working with the family, the community and the historical board he has restored it to its former prowess, with a few improvements like indoor plumbing.

“It’s so quiet here,” he says as he surveys the surrounding countryside of Loughanure, Donegal.

“It’s the perfect nod to Niall Ó Dónaill, who wrote the first Irish to English dictionary, 50 years ago.” 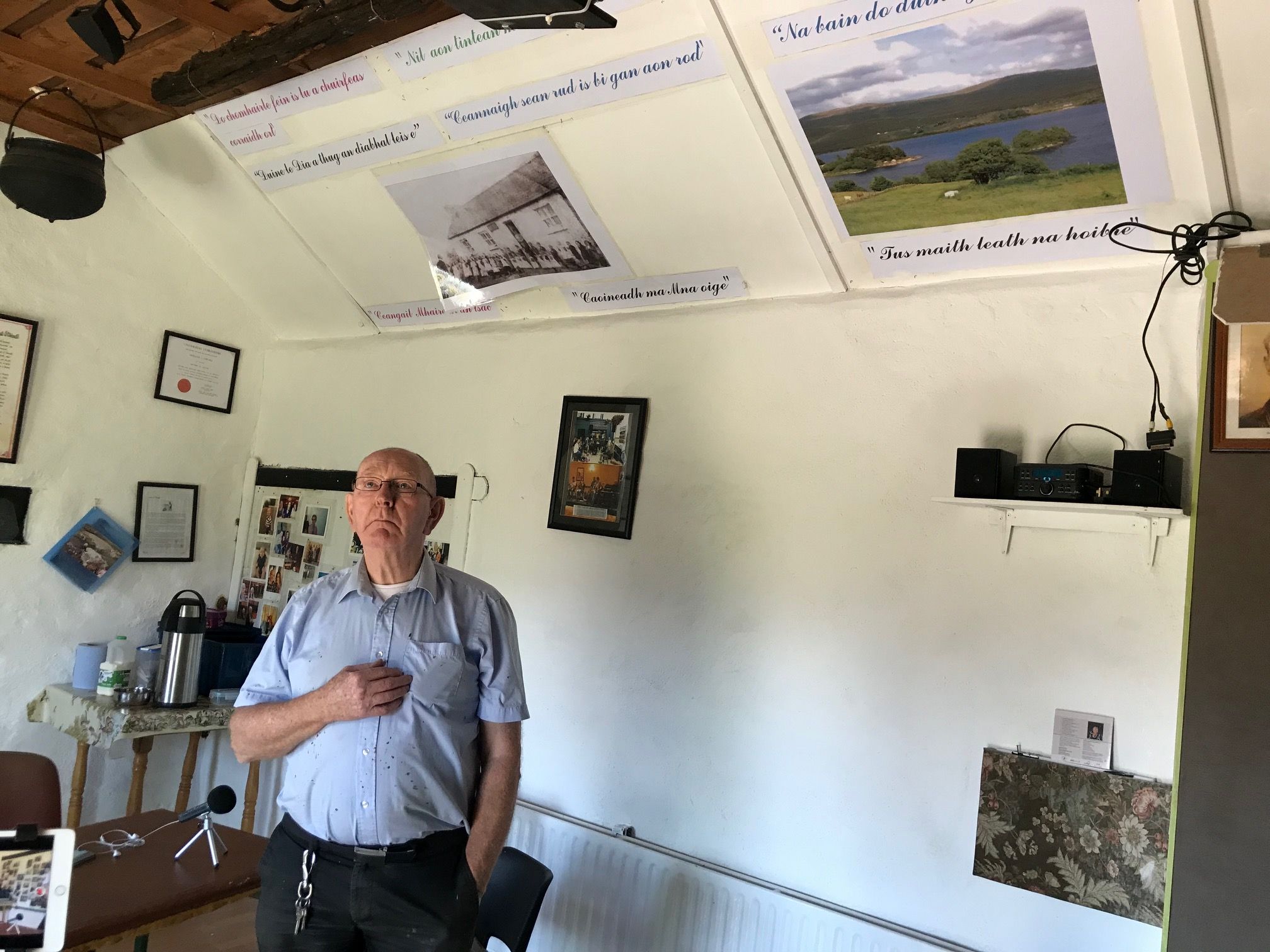 Eugene Green at the Naill O'Donnell Community Center in Donegal.

Ó Dónaill was a linguist who took on that task and wrote the first Irish to English dictionary by hand. Green still has some of the original pages displayed in the cottage. Meantime that dictionary is used to this day as the bible of translations for the Irish language. 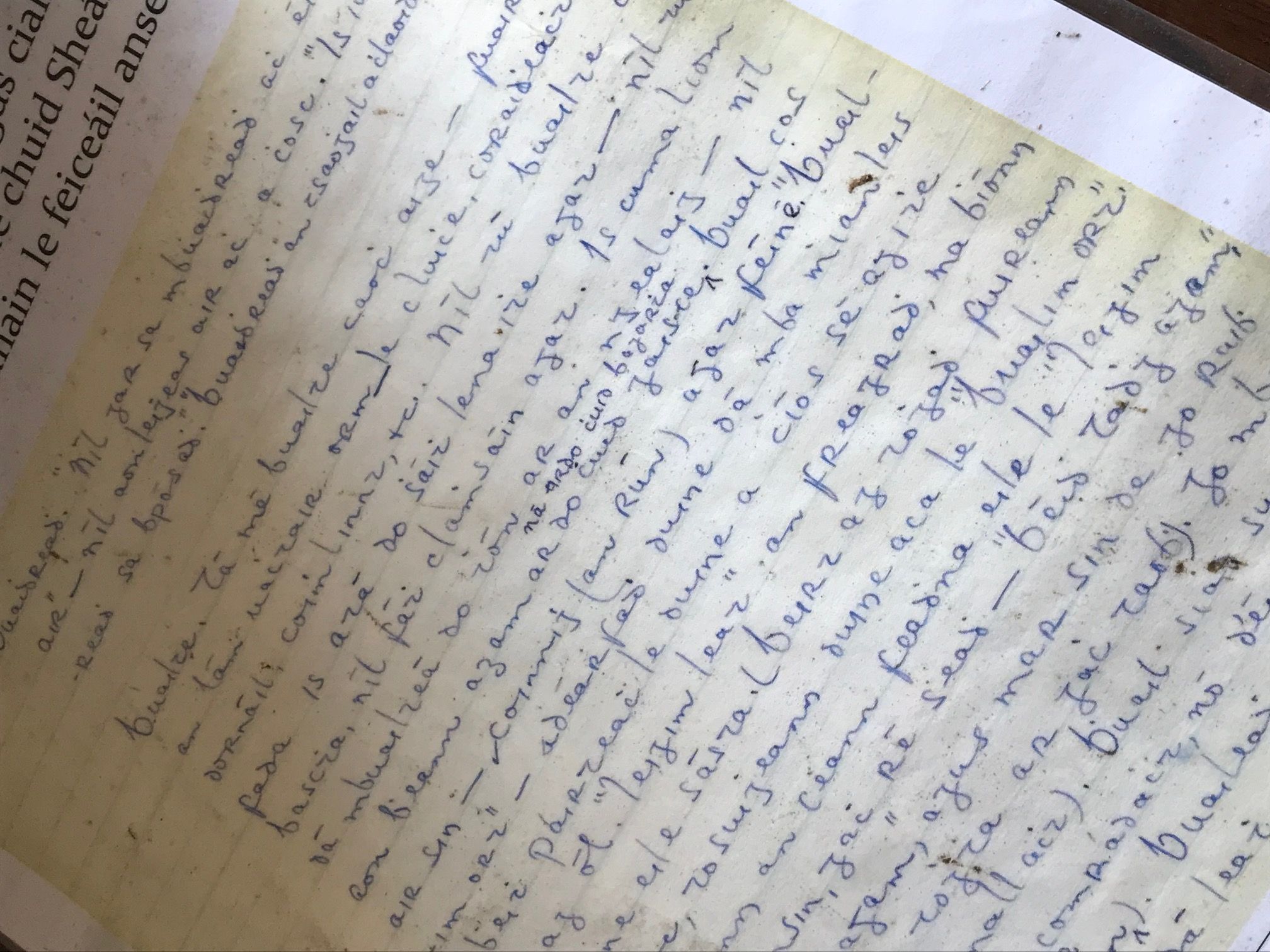 “It’s in all the business offices... used in Ireland, England and Europe all the way to Brussels,” Green says.

In addition to its ties to history, the cottage is a dedicated community center. Green teaches classes in everything from the Irish language to painting, bicycle repair and music. While he does explain things in English if anyone needs it, he caters to Irish speakers and there are a lot of them in Donegal because it is a Gaeltacht.

And because of the natural acoustics of the old cottage, it is a popular gathering spot for sessions and recordings.

You can hear Eugene Green’s story of restoration and his love of Donegal below and listen to the rest of Erin's Isle here.