This Caribbean island is the other Emerald Isle on St. Patrick’s Day

Known as the Emerald Isle of the Caribbean, Monserrat is the only country outside Ireland where March 17 is a public holiday. 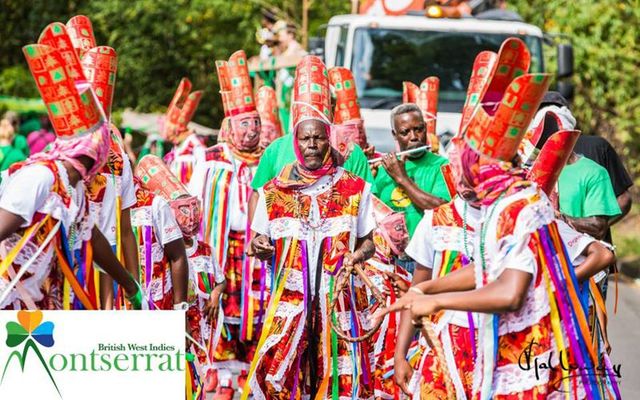 Montserrat: Known as the Emerald Isle of the Caribbean, it the only country outside Ireland where March 17 is a public holiday. Montserrat Tourism Division

Known as the Emerald Isle of the Caribbean, Montserrat is the only country outside Ireland where St. Patrick’s Day is a public holiday.

Montserrat’s Irish heritage dates back to the 17th century when the island became a haven for Irish Catholics who had been persecuted on other Caribbean islands. The Irish were originally sent into exile and devastating indentured servitude by Cromwell. The island is still a British protectorate.

By 1678, a census showed that more than half the people on the island were Irish, so it is hardly surprising that the Irish had such a strong influence on the island’s developing culture.

The over a week-long St. Patrick’s Festival provides a rich mix of Irish and African heritage, with some traditional Caribbean entertainment, making this one of Montserrat’s most popular annual events.

The activities for the week include a freedom run from Cudjoe Head to Salem Park, a nature hike, and a junior calypso competition. Events will take place in parks and buildings across the north of the island, while much of the activity on St. Patrick’s Day itself will center on a reconstructed slave village.

Here, stalls will sell traditional food, locals will gather to play traditional games such as dominoes and marbles, and masquerade dancers will put on colorful displays.

This Irish history is still evident today from the moment visitors arrive at the airport in Montserrat and receive a shamrock-shaped stamp in their passports. On St. Patrick’s Day, visitors will notice many locals wearing the national dress – in which green is the dominant color – and both Guinness and green Heineken are available in bars, as well as the traditional rum punch cocktails.

African-inspired events such as the freedom run and masquerade dancing commemorate the slave history in Montserrat, specifically an unsuccessful uprising that took place on St. Patrick’s Day in 1768. This year marks the 250 anniversary of the uprising.

Though a volcano erupted on the island in the 1990s, the Montserrat people have since rebuilt their infrastructure, including a new airport.

For all the latest information on travel to and accommodation in Montserrat, including the full schedule for Montserrat's St. Patrick’s festival 2018, go to visitmontserrat.com.