"In Laois I Fly Free", poet Laura Murphy recites a powerful tribute to her native county inspired by the history, mythology and beauty of the area. 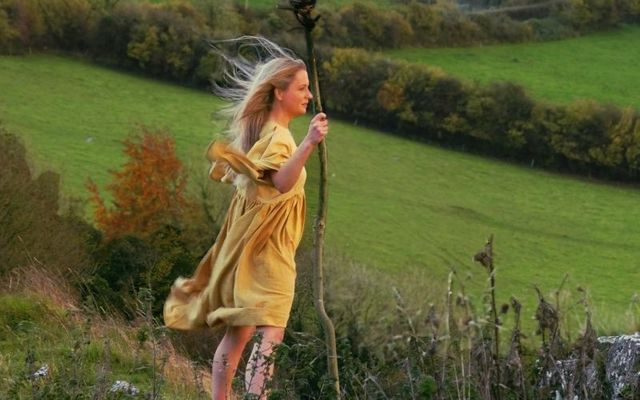 A group of local Irish artists came together to collaborate on an epic tribute to County Laois.

Inspired by the history, mythology and beauty of Laois, Portlaoise-based poet Laura Murphy has composed a powerful tribute to the county, "In Laois I Fly Free".

In collaboration with three Laois-based artists: cinematographer Terry Byrne; musician Dale McKay; and vocalist Roo Elizabeth, this video poem is set to a haunting soundscape and complimented by cinematic scenes of the local landscape.

Filmed at the Rock of Dunamase, Slieve Bloom Mountains, Oughaval Woods and Portlaoise; the poem and video bring together the golden threads of magic that run through Laois' ancient past and present alike. An evocative and inspiring piece that is sure to stir the people of Laois and beyond.

Told from the perspective of an ordinary Laois girl - Laura Murphy, the poem brings together things that are grim and great about Laois, taking us on a journey from the well-known ‘negative’ associations of Laois to the lesser-known ‘positive’ aspects.

Speaking about "In Laois I Fly Free" Murphy said,  “I’ve spent a lot of my life being reminded that the best things about Laois are either the prison or the road out of it. Like everywhere, Laois has its bad points, but there is also incredible beauty and magic about the place."

The viewer is taken to a time when the Slieve Blooms were the highest and oldest mountains in Europe. The poem goes deeper still into a time before time when the mythical hero Fionn Mac Cumhaill was born in Ballyfin and grew into one of Ireland’s greatest warriors in these very mountains.

“Legend holds that Fionn Mac Cumhaill never died. He sleeps and will awake again at a time of Ireland’s great need. Fionn’s archetypal energies of wisdom, purity, courage and truth are needed now more than ever. This poem is also an ode to the awakening of these qualities in our own hearts. And a reminder that Fionn was a proud Laois man," explained Murphy.