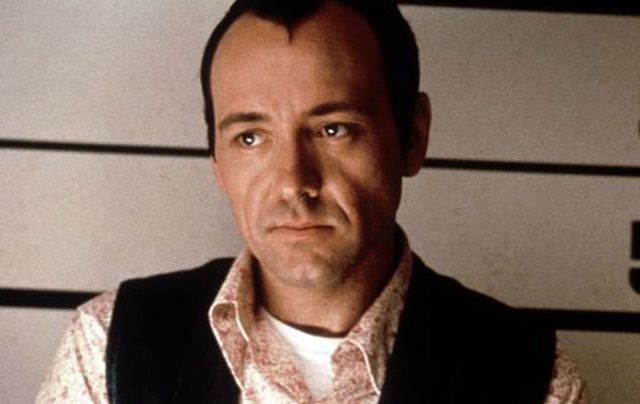 Kevin Spacey, as Verbal Kent in "The Usual Suspects".

Dublin actor, Gabriel Byrne has said that production of the Oscar-winning 1995 movie “The Usual Suspects” was halted suddenly due to “allegations of sexually inappropriate behavior” against his co-star Kevin Spacey.

Byrne said that at the time he did not know why filming had stopped for two days on the cult-classic movie. However, he since discovered it was due to Spacey’s alleged behavior towards a younger actor.

Byrne told the Sunday Times “I did not know honestly then the extent of his violence.

“I mean, he was kind of a joke in that people would say, ‘That’s Kevin,’ but nobody really understood the depth of his predations. It was only years later that we began to understand that [filming] was closed down for a particular reason and that was because of inappropriate sexual behavior by Spacey.”

In October of this year, fellow actor Anthony Rapp came forward accusing Spacey of attempting to rape him at a party when he was 14-years-old. Spacey issued a statement apologizing and saying he was “horrified” by the accusations but that he did not remember the incident.

Since then several more people, including former and current employees of Spacey’s hit “House of Cards” Netflix show have come forward with sexual misconduct allegations against him. He will not appear in the show's final season, with Robin Wright assuming the lead role.

Byrne said both Spacey and Harvey Weinstein, the Miramax movie producer accused of sexual harassment and rape, are bullies. He said the two men shared “that element of absolute abuse of power”.

One of the accusations against Weinstein related to an incident which allegedly took place in a Dublin hotel, in 1991, during the filming of “Into the West”, starring Byrne. Byrne had also not been aware of this incident.

Gabriel Byrne in "Into the West".

Byrne said “I did three movies with Harvey Weinstein, and I knew he was a sleazebag. I knew he was a vile bully and I saw his bullying up close. I saw him be absolutely appalling, not just to women but to men as well. He had very little respect for any kind of human being. He wanted his stars around him."

He continued “I had heard vague rumors — I have to stress that they were vague — of doors being locked and women being compromised. I heard that once or twice from two very well-known actresses, but the problem when you hear something like that is, do you pass that on? Because if it’s not true it’s awful, and if it is true it’s not your job to say, ‘Well, I wasn’t there, the door was locked, I don’t know what happened, I just heard the story.’ But I did not know, and many people didn’t know, the extent of the violence that he perpetrated on women.”