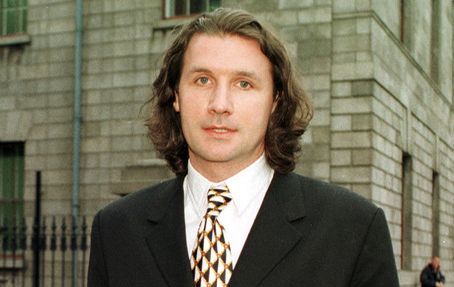 John Reynolds, the music visionary behind Electric Picnic, Forbidden Fruit, Metropolis, and many other Irish festivals, has died.

Tributes have been made to the 52-year-old, who was considered one of the most influential personalities in the Irish music, arts, and entertainment industries.

Earlier this year, he launched a new festival, All Together Now, in Waterford.

Read more: Cranberries speak on how they are coping with the death of singer Dolores O'Riordan

"It is with great sadness that the Reynolds family confirm the sudden death of John Reynoldsof POD this evening. John, aged 52 years, who was one of Ireland's leading independent festival and concert promoters, died suddenly at his home in Milltown, Dublin," his family's statement reads.

Funeral arrangements will be announced in the coming days - and Metropolis Festival will go ahead this weekend (Saturday 27th and Sunday 28th October) at the RDS in Dublin.

Hard to take in the news tonight of the passing of John Reynolds. A true giant of Irish Music, he shaped many of our best loved festivals and music venues and raised the bar for live music. Deepest sympathies to all his family and friends.

Just heard about John Reynolds, my condolences 2 his family & friends. U may not have heard of John before, but if u've been 2 Electric Picnic, Forbidden Fruit, shows at Pod Venues in dublin, then u know John's work. He gave me a lot of shows when i was starting out. So sad. RIP

Shocked & saddened by the death of John Reynolds who brought the boutique festival to Ireland. I loved his passion & willingness to take a risk. He was so proud - and justifiably so - of launching @ATNfestival this year. John will be sorely missed https://t.co/KLgflhNZqy

Shocking sad news to hear of John Reynolds passing this evening, a kind generous guy. So many happy memories of him at EP a brilliant promoter. RIP

Very sad to hear of John Reynolds passing. He was a really good guy who put on so many amazing events - starting @EPfestival 14 years ago, then @ForbiddenFFest , Altogether now and this wkends Metropolis fest. RIP John https://t.co/v04qp0TVly