Cranberries guitarist Noel Hogan spoke with Rolling Stone on the death of singer Dolores O’Riordan and how the band members are coping. 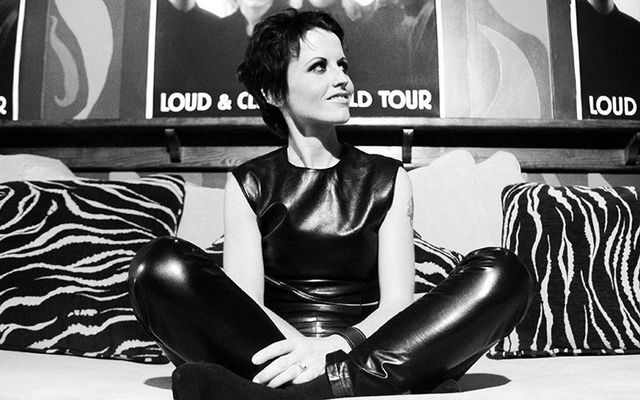 Cranberries guitarist Noel Hogan spoke with Rolling Stone on the death of
singer Dolores O’Riordan and how the band members are coping.

Last year, the Limerick-based band — Noel, his brother and bassist Mike Hogan, drummer Fergal Lawler, and singer and co-songwriter Dolores O’Riordan - began to work on an expanded reissue of their debut album Everybody Else is Doing It, So Why Can’t We? for its impending 25th anniversary.

Then on January 15th, 2018, O’Riordan, 46, was found dead in the bathtub in her room at the London Hilton. Although O’Riordan was known to struggle with mental-health issues, an inquest ruled that her death —she drowned after excessive alcohol intake — was an accident.

Hogan said O’Riordan was in a good place at the time of her death. “When I heard the news, it just didn’t add up,” he says. “So I knew she didn’t do this deliberately. And the inquest confirmed that.”

After her death, Hogan said, “Everything just fell apart.”

Despite being hit hard by her death, her former Cranberries band mates eventually regrouped and completed the 25th anniversary edition of Everybody Else is Doing It, So Why Can’t We?

The reissue, which will be released on October 19th, will include, in addition to the original 12 tracks, studio outtakes, B sides, early EPS, demos, and previously unreleased live performances.

The remaining band members are also finishing a new record, titled In the End, featuring songs and vocals O’Riordan wrote and recorded prior to her passing. That album, due out in early 2019, will be the Cranberries’ last.

"The Cranberries is the four of us, you know?” Hogan says. “Without Dolores, I don’t see the point of doing this, and neither do the boys.”

Hogan recounted how O’Riordan came to audition for the band.

“I can still remember it like it was yesterday. It was a Sunday afternoon. And everyone kind of knows the story of how we had a singer before Dolores [Niall Quinn], and that it was a completely different sounding band at that time. But when Niall left, I had started to write, and I had stuff like “Linger” and “Dreams,” which were just instrumentals at that time. And we’d been playing them, it could have been for up to six months, just kind of hoping that someday we’d find a singer. And then I’d run into Niall and he said, ‘My girlfriend knows a girl who’s looking for a band that’s doing original stuff.’

“So Niall came up with Dolores on that Sunday and I remember she was shy, very soft-spoken. A very quiet country girl. Not the Dolores that everyone grew to know. And she comes in and we’re just kind of a gang of young guys sitting around the place. It must have been very, very intimidating for her. But she sang a couple of songs that she had written herself, and she did a Sinéad O’Connor song, “Troy.” And then we did some of our stuff. I remember we definitely played the instrumental version of “Linger.” I was just shocked that she wasn’t in a band already. Because the minute she sang, you know, it was like your jaw drops at her voice. When she was getting ready to leave I gave her a cassette that had the basics of “Linger” on it and I said, ‘Do you want to take this home and work on it?’ And within a few days she’d come back with basically the version of the song that everyone knows.”

Hogan also spoke of the difficulties O’Riordan faced coping with success and fame at a young age.

“I think she found it most difficult going back to Ireland. Because Ireland is a small country, and not a lot of huge music celebrities, particularly at that time, had come out of Ireland — you had U2 and probably, you know, Thin Lizzy, who are the two I can remember that would have had the most success. And we were so young. I know she started to find it harder and harder to go back home because people wouldn’t leave her alone. The boys and myself, we had a touch of that, but we stayed very much within our circle of friends that we had grown up with. So when we went home and we went out, we were in many ways protected a little bit. Whereas Dolores had grown up in the country [in Ballybricken, outside of Limerick] and most of her friends were out there. So if she went into the city it was a bit more difficult. So as the years went by she spent less and less time in Ireland. It was easier to be in places like New York, where you can kind of be anonymous and disappear into the crowd.”

When questioned by Rolling Stone, Hogan also agreed that O’Riordan’s personal struggles have been magnified in the media since her death.

“Yeah, it definitely amplified it a bit. And look, it’s par for the course. We learned very early on that if you do this for a living, you’re putting yourself out there. It’s why Dolores decided she was going to be very open about it in the first place. Because she felt, ‘I have nothing to hide here because I haven’t done anything wrong.’ And to be fair, most people were like, ‘Good on you for talking about it.’ Because things like mental-health issues, they’re far more common than people would like to admit.

“But the terrible thing about what happened with Dolores is that she had gotten on top of all of that in the last few years. Last summer, she and I began writing what will be the next — the last — Cranberries album, which we finished a few weeks ago. And because of that we would speak constantly, either by phone or by email. We’d been in touch literally up to the day before she passed away, and we were discussing when we were going to go in and start recording, because we had all the songs written. So that’s why when I heard the news it just didn’t add up.”

On this being the final chapter for the Cranberries, Hogan said: “Yes, that’s it. None of us wants to go ahead after this. But we’re delighted that we have this last album to give to fans. And you know, we’ve had an amazing run — far greater than a lot of bands. I think we’ve written some good songs, some great albums. And we’ve got great memories and we’ve had experiences that completely changed the four of us. Our lives would have been so much different if we hadn’t had this band. But the Cranberries was the four of us. There’s no reason to do it without Dolores. So we’re going to leave it after this.”

The entire Rolling Stone interview can be found here.