The accidental death of The Cranberries Dolores O'Riordan will be remembered as tragic in more ways than one. 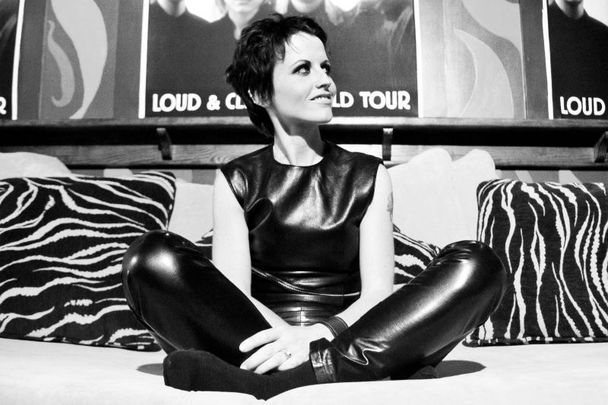 Dolores O'Riordan, singer of The Cranberries, passed away in January 2018. RollingNews.ie

Dolores O’Riordan’s death in January 2018 has officially been ruled a tragic accident, and the days and weeks before the singer’s untimely death further corroborate those findings.

O’Riordan was in London at the time of her death working on a remake of her hit song ‘Zombie’ with the band Bad Wolves. The new version of the song was released after the singer’s death, and the band is donating the proceeds to O’Riordan’s three children.

Around 2 am local London time on the day of her death, O’Riordan phoned her friend, record label executive Dan Waite.

"Hi Dan, it's Dolores!” O’Riordan said in the voicemail she left for Waite. “I'm in London, I'm at the Hyatt Park Hilton.” O’Riordan said how she was in town recording a cover and that Waite should come by the studio.

Waite later recalled that O’Riordan “sounded full of life” and that she “was joking and excited to see me and my wife” later that week.

Social media posts from the Irish rock star and notes from her doctors showed that O'Riordan seemed to be doing well in the lead up to her untimely passing.

On December 20, 2017, only a few weeks before her death, O'Riordan shared a cheery Facebook update with her fans saying how she was "feeling good!":

Hi All, Dolores here. Feeling good! I did my first bit of gigging in months at the weekend, performed a few songs at the...

Posted by The Cranberries on Wednesday, December 20, 2017

The Facebook update came a few months after The Cranberries canceled the remainder of their reunion tour. O’Riordan had not been recovering well from an ongoing back injury, so the band was forced to call off the show under doctor’s orders.

American psychiatrist Robert Hirschfield spoke with O’Riordan on the phone on December 26. He said in a statement after her death that “She was doing well, she was not drinking, she was a little sad on Christmas Day … no thoughts of suicide.”

O’Riordan did not spend the Christmas holiday with her three beloved children but did fly to see them on December 26 in Toronto, where they lived with their father, O’Riordan’s ex-husband Dan Burton.

Heading to YYZ to see my babies ❤️❤️❤️happy new year everyone! pic.twitter.com/zRJueGRX1s

On January 3, O'Riordan shared what would become her last social media post. It was a picture of her and her cat Gio saying how she was heading home to Ireland.

Psychiatrist Dr. Seamus O'Ceallaigh met with O’Riordan on January 9 and reported afterward that his patient was in “good spirits, no thoughts of suicide, no evidence of self-harm.”

It was less than a week later that, while heavily intoxicated, O'Riordan died in her hotel bathtub.

Things seemed to be on the up-and-up for O’Riordan in the lead up to her passing. Her death will, indeed, be remembered as a tragic accident.