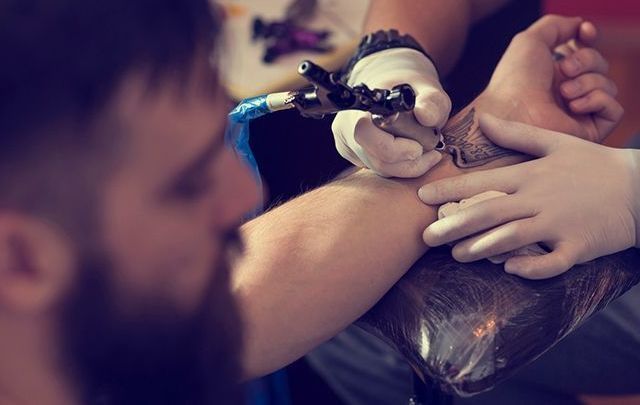 Irish tattoo artist Ryan Seán Kelly offers a free service for those wishing to get a tattoo to cover up their self-harm scars.

Irish teenager Aoife Lovett had long wished to remove the reminders of the former difficult times in her life by getting tattoos to cover her self-harm scars, but because of the difficulties in creating tattoos on scarred skin, all tattoo artists in Ireland had refused her request.

Thankfully, her mother came across Irish tattoo artist Ryan Seán Kelly and his project "Scars Behind Beauty," through which he provides free tattoos over self-harm scars, allowing 19-year-old Lovett to finally put that part of her life behind her.

"It’s very hard when you’re a couple of years clean from doing it and every day you’re constantly reminded of what you did,” Lovett told the Irish Independent.

"It brings back memories of how you felt then.

"There’s a lot of shame that comes with it and guilt, especially when you’re around your family.

"Ryan is helping people to move on. It's putting something beautiful over something ugly. It gives you a new sense of freedom and you get your confidence back because it’s very hard to go into jobs and wear t-shirts with scars because you get looks and you get questions a lot about it.”

It was by chance that Kelly first started his project, which now sees hundreds on the waiting list for the one free tattoo he provides each week for those wishing to cover up their scars.

It first began when a person came into the tattoo parlor where he was working asking for a tattoo over their own scars and on hearing their story, Kelly felt he could not possibly charge them for the work.

Inspired by the memory of his tattoo artist mentor, who had died by suicide in 2016, the Dubliner was determined to help people in similar situations, knowing that many other Irish tattoo artists would consider tattoos on scarred skin a risky business.

"One of the owners from here was one of the first people to give me a chance. He was in where I got my apprenticeship when I was 17 and when he moved studio, I moved with him,” Kelly explained to the Irish Independent.

“He was one of the owners here and he killed himself about a year ago. After that and the struggles that I’ve been through I kind of wanted to do something, and it kind of made sense with the kind of tattoos that I do to do something through that.

"A lot of tattoo artists avoid doing tattooing over scars. Understandably to a certain degree because obviously if you want your best piece it’s going to be better on flat skin. It can take a little bit more time sometimes, but for me it means a lot more than that because you're helping someone move on from a difficult time.”

Kelly has also revealed he is shocked by the sheer number of people who have contacted him within a country with a relatively small population. He was also taken aback by how those who reached out to him were majority female.

“I didn’t know if ­people would want this. Obviously some people don’t want to cover up their scars, but I have had hundreds of emails from people who do,” he told the Irish Sun.

This is my project ScarsBehindBeauty . I tattoo one person a week for free, to cover up the scars left behind from self harming . Thanks to TheIndependent for this piece . . #ink #inked #tattoo #coverup #mentalhealth #anxiety #depression #art #positivity #scarsbehindbeauty

“With a population as small as ours, I didn’t think there would be so many initially. Some are worse than others.

“Considering this started because of a guy, I am surprised that it is a massively higher ­number of girls who have contacted me. I would say out of them all, I have had maximum ten guys, which is shocking.

“I don’t know why it is a heavier ratio of girls.”

The tattoo artist also revealed that he has anxiety and so can sympathize with those whose skin he works on once a week.

“Part of the reason I wanted to do it is because of my own issues in the past,” Kelly admitted.

“I got help and came through it and that is why I was so eager to help my friend. I remember feeling like no-one else feels this way and then you open up and talk and realize there is a lot of people feeling that way.

“And you realize there is a hell of a lot worse out there.”

If you have been affected by the issues raised in this article, you can contact Write Love on Her Arms, a non-profit movement dedicated to presenting hope and finding help for people struggling with depression, addiction, self-injury, and suicide.