Irish museums and galleries to pilot night-time offerings this summer

Some Irish museums and galleries will be trialing night-time events as part of the Irish government's plans to revitalize the country's night-time economy. 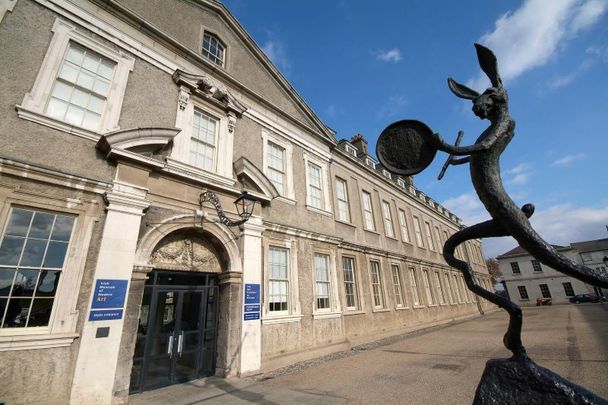 The Irish Museum of Modern Art in Dublin, which is trialling its IMMA Nights programme this summer Ireland's Content Pool

Museums and galleries in Ireland will be hosting night-time tours and events throughout the summer and autumn as part of a plan unveiled by Ireland’s Department of Tourism, Culture, Arts, Gaeltacht, Sport, and Media today, June 7.

The National Museum of Ireland in Dublin will be opening late on Thursdays at its Collins Barracks and Kildare Street locations as part of the new plans that aim to support and develop Ireland's night-time economy.

From September to December, the National Library of Ireland in Dublin will open up its rotunda and reading room to evening audiences and will host a new series of evening events.

The Irish Museum of Modern Art (IMMA) in Dublin is trialing its IMMA Nights programme, which will see the facility open its 48-acre grounds to a range of activities, including talks, workshops, art, dance and theatre performances, DJs, and live music on each Thursday and Friday throughout the pilot season of mid-May through mid-September.

The plans also provide for the development of a new festival at the National Concert Hall (NCH) in Dublin, while the Museum of Country Life in Turlough Park, Co Mayo will also host a pilot Night Time Economy Taskforce event in autumn.

The night-time events are part of the Night-time Economy Taskforce, which was established by Minister Catherine Martin in July 2020. The plans afford an opportunity for Ireland's night-time culture sector to develop an innovative approach to supporting and developing a vibrant, diverse, and sustainable night-time economy in Ireland.

🟢National Cultural Institutions will have late openings this year

🟢work has begun re. appointment of NTE advisors in 6 towns/cities

This programme - which includes the appointment of Night-Time Economy advisors in each of the selected towns or cities - aims to help boost the night-time economy and promote an eclectic, vibrant night-time culture.

Martin said on Tuesday: "The establishment of Night-time advisors in the six pilot towns and cities will be a significant step towards securing a vibrant and importantly a more sustainable night-time culture for all our citizens. The selection of these pilot towns and cities is a vital stage in this process and I would like to thank the CCMA and the local authorities for their leadership and support for this process.

"This is in direct response to an action in the Report of the Night-Time Economy Taskforce which I published last year. The Taskforce explored ways in which we could promote a thriving, inclusive, and diverse Night-Time Economy. It is crucial now that we follow up on their recommendations and act on them to create and support opportunities for audiences, venues, businesses, and performers."