Over one hundred Irish artists will feature in Culture Ireland’s SEODA, an online global celebration of Irish culture that runs March 17-21, 2021. 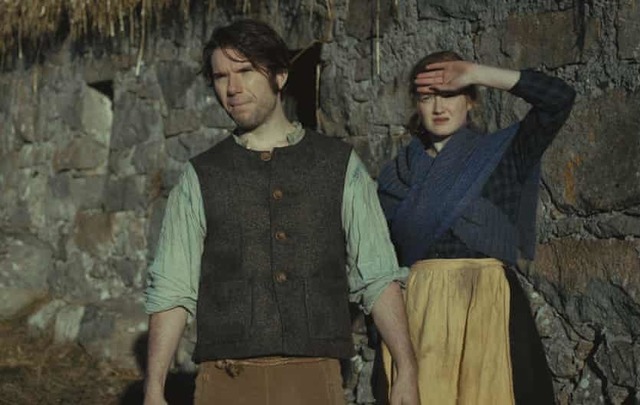 Missing the big St. Patrick's Day parade on Fifth Avenue this year? You're not alone.

At this point, many of us can't remember what a public event looks like, never mind what a freshly poured Guinness looks or tastes like.

So to take your mind off the pandemic blues why not catch the over one Irish hundred artists who will be featured in Culture Ireland’s SEODA, an online global celebration of Irish culture that runs March 17-21, 2021.

SEODA is the Irish word for “jewels” and the new show will celebrate Irish arts at a time when our wing-clipped Irish artists would normally be traveling worldwide to promote those arts by themselves.

In launching SEODA, Minister Catherine Martin T.D told the press: “Our artists are Ireland’s treasures and despite the many challenges this year, our artists continue to create and perform in innovative ways. Through sharing a selection of amazing performances in line with the aims of Global Ireland, we can reach audiences around the world and maintain our cultural connections and offer hope and joy at this time when Irish culture holds a central place on the world stage.”
All SEODA events are available free to audiences around the world and you can view them through Culture Ireland’s dedicated YouTube channel.

On Wednesday, March 17 at 4P.M The New York Irish Center will present History Loves A Parade, an online Salute to 260 Years of the New York Saint Patrick’s Day Parade.

Viewers will be invited to explore key milestones of the St. Patrick’s Day Parade in North America from Colonial Times to the Present (1762-2021). Will you be surprised to learn that public squabbles over who could and could not march go way, way back? 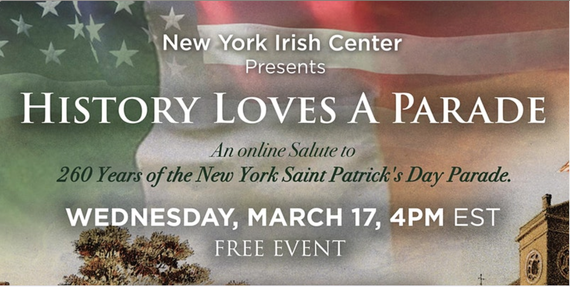 The long, storied history of the St. Patrick's Day Parade on Fifth Avenue will be explored online

Guest musicians will include Chloe Agnew, Phil Coulter, Gregory Harrington, Molly Mason, Jay Ungar, and The Young Wolfe Tones. The event is written and produced by Turlough McConnell and directed by George Heslin. For more information and to register to view visit newyorkirishcenter.org.

Beantown's not dead, it's just resting. Like every other major celebration of Irish culture this year the Irish Film Festival Boston will be going virtual from March 17 through March 21, 2021, with over 40 films showcasing the best of Ireland and the Irish on screen.

As with New York's own Craic Fest you can pre-book your tickets now for online screenings that are only available to watch in the United States. Each online film screening is limited to a select number of attendees so if you want to make sure you see a film, the safest option is to book your place now.

Highlights will include director Tom O'Sullivan's highly anticipated Arracht, set in Ireland in 1845 on the eve of The Great Hunger. When fisherman Colman Sharkey takes in a stranger at the behest of a local priest complications quickly ensue. Add to that the death and displacement of millions to huger and poverty and you have the recipe for a powerful new film.

The documentary Katie tells the story of the world's greatest female boxer Katie Taylor. She lost it all and she wants it back, so can she become World Champion again after her Olympic disaster? Director Ross Whitaker follows a legend in the making.

The online film screenings will be released at different times over the five days of the festival and each online film will be available to unlock for 72 hours after it premieres. For tickets and further information click here.