Items from Ireland's Abbey Theatre, including photographs, programs, and memorabilia, will be up for auction via Richard Winterton Auctioneers from November 9. 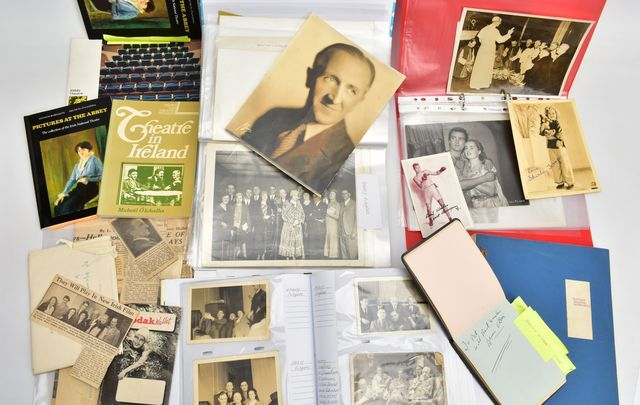 A remarkable collection from the Abbey Theatre - Ireland's national theatre - is up for auction next week on November 9.

The collection includes photographs, programs, and memorabilia dating back to the first half of the 20th century when the Abbey served to tell the Irish story at a crucial juncture in the country's history.

Owned by the family of former lead actor and manager Michael Dolan, the archive collection also includes photographs from the players' tours of America in the early 1900s as well as autographs from Hollywood actors befriended by Dolan.

The contents of the archive are also significant as they chronicle the history and heritage of the original Abbey Theatre before it was destroyed in a fire in 1951.

The "eclectic" collection will be sold across five lots at Richard Winterton Auctioneers’ Winter Fine Art Sale on Tuesday, November 9 at the Lichfield Auction Centre outside Birmingham, England.

The Abbey Theatre was founded by WB Yeats and Lady Gregory in 1904 as a national theater for Ireland. From "revolutionary beginnings", the theater continues to tell the Irish story today through urgent and ambitious work.

Yeats features prominently in the collection set to go under the hammer next week, which is expected to fetch £1,000 ($1,350).

The collection was curated by former Abbey player Michael Dolan, who was a lead player at the theater in the 1920s and toured America with the company. He also served as stage manager, general manager, and director of the famous theater.

When Dolan died at the age of 70 in 1954, the collection passed into the possession of his daughter Patricia, who maintained it meticulously and continued to add to it.

The collection was subsequently inherited by Patricia's daughter Lorraine after the death of her mother in the year 2000.

"My mother was meticulous how she kept everything, said Lorraine, who lives in Uttoxeter, England.

"It is also such a personal archive to my grandfather and his career in the theatre and movies.

"But it has been in my cupboard for so long now – I would like to see the collection to go somewhere where it can be seen and enjoyed by more people."

The collection includes a rare "Abbey handkerchief", which was sold by the Irish Players for $1 each in 1913 to raise funds for a building to house the artwork of Sir Hugh Lane. 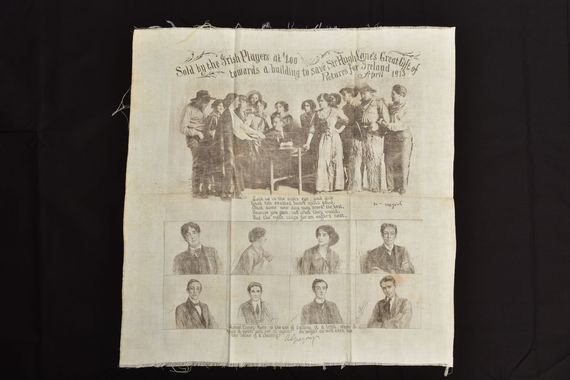 It also includes a collection of autographs and signed photographs from dozens of famous actors and actresses, including WB Yeats, Shirley Temple, James Cagney, Jack Dempsey, and Jack Warner. 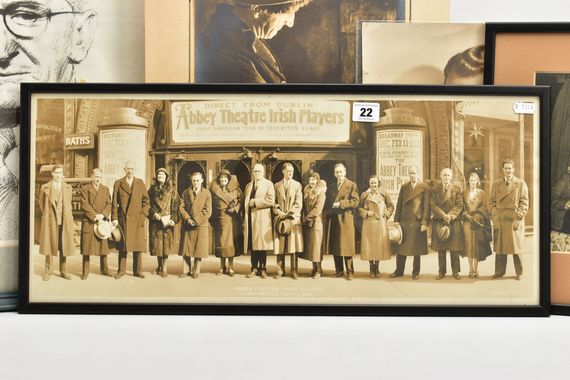 Also included is an autograph book containing individual messages from actors such as Richard Attenborough and Cyril Cusack.

The collection further includes framed cartoons, original programs dating back to 1922, and limited-edition drawings by Grace Plunkett as part of the "Twelve Nights at the Abbey Theatre" series for the Arrow magazine. 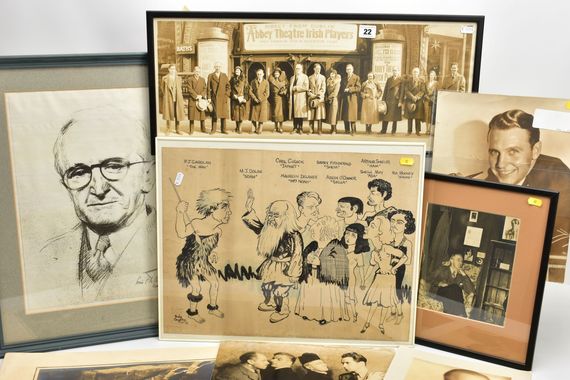 A portrait of Dolan and a cartoon featuring the Abbey Theatre’s production of Noah.

The auction catalog will be online the week before the sale and can be viewed here.