When the GAA stood in defiant protest against the British Empire

Gaelic Sunday was a national day of defiance, being remembered in 2018 on the 100th anniversary of the August 4, 1918, peaceful protest that triumphed over the British. 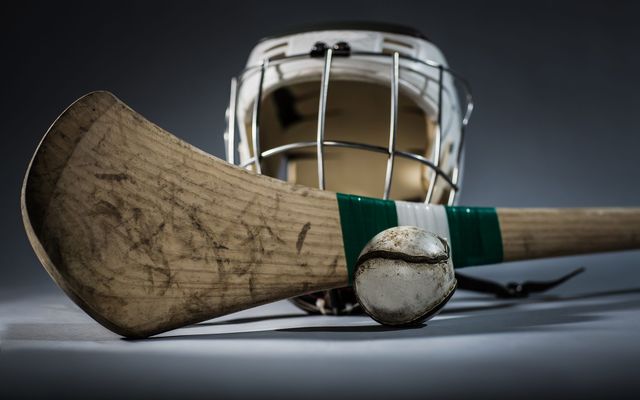 Gaelic Sunday was a national day of defiance, being remembered in 2018 on the 100th anniversary of the August 4, 1918, peaceful protest that triumphed over the British. Getty

On August 4, 1918, Gaelic Sunday saw the GAA stand against the might of a whole empire in peaceful protest and come out on top.

Did you know that the British authorities once tried to prevent GAA matches from taking place across Ireland? Yes, they did, and despite the apparent might of the empire, their stand-off with the volunteer, community organization - then just 34 years old - ended with the British taking an astounding step back from the policy.

The tension came to a head on Gaelic Sunday, August 4, 1918, which will this weekend mark its centenary. It’s possibly one of the most important days in the history of the association and cemented it on the path to becoming the way of life for many Irish people as it is now.

The stunning video below gives a taste of how it all came about and of the amazing national, yet still community-based, event that united the GAA like never before.

Two years after the events of the 1916 Easter Rising and with World War One still being raged in others parts of Europe, the British were eager to find more recruits from Ireland to send to the trenches. Attempting to implement conscription to supplement the war effort, they faced much pushback which was blamed on the influence of the Gaelic Athletic Association, founded in 1894.

To hit back at the GAA, the British decided it was time to do their best to prevent matches from going ahead, putting a hold on special trains bringing crowds to matches and requiring the games themselves to have a special permit in order to be played.

Of course, the GAA was having none of it and sent out the message that at 3pm, August 4, 1918, clubs were to ignore the need for a permit and take to a pitch to play in peaceful protest on a national day of defiance.

It’s estimated that 54,000 people took part with a further 100,000 watching from the sidelines in what can be seen as the first sign of just how important their national sports were to the Irish and how determined they were to keep playing.

“It did a number of things,” explained former GAA President Aogán Ó Fearghail at an event in the GAA Museum.

In July 1918, British authorities attempted a crackdown on GAA activities. The GAA defied them, by holding a match in every parish in Ireland at precisely the same time – 3pm on Sunday 4th August. We talk to @MickFoley76 about #GaelicSunday
🇮🇪🇬🇧https://t.co/kAzzSX1Ql8 pic.twitter.com/iAig35f2oH

“The whole organization of it demonstrated the power of the GAA.

“Very few organizations in 1918 when we consider the communication that was available would have been able to do what they did. They arranged a meeting, they issued an instruction, not an edict, but they did issue an instruction for clubs to have a match, and that is what happened within 10 days.

“I would suggest when we look at the strengths of the GAA it got stronger after Gaelic Sunday. It brought it to the people that hadn't been there in large swathes of the country.”

Gaelic games were instrumental in republican defiance in Co Cork in summer 1918. Here, the camogie players put a stop to the RIC chasing wanted Irish Volunteers through their pitch. #GaelicSunday @TodaySOR @MiriamOCal pic.twitter.com/jwU8wZYbq2

The final shots from the video above are also very poignant as it flashes to the future to a young camogie player catching the sliotar, as women were also crucial to Gaelic Sunday, especially the Camogie Association.

“Again maybe it was part of communication, but through the vehicle of the GAA young Irish women and men were now able to identify with it, and I would stress it was very much women too,” Ó Fearghail said.

“It was very much a male-female thing, and it did strengthen the notion that belonging to a bigger Association mattered.

What is taking place for Gaelic Sunday 2018?

#GaelicSunday on August 4th 1918 was one of the most significant days in the history of the GAA. Join the commemorations by playing Gaelic games this weekend! Post your photos with #GaelicSunday on Twitter/Instagram for a chance to make the big screen on Sunday in @CrokePark! pic.twitter.com/aFccMfUGQV

Throughout this weekend, Saturday, August 4, and Sunday, August 5, 2018, clubs around the country have been encouraged to hold an event to commemorate Gaelic Sunday 1918, marking the centenary of this heroic event with some kind of club activity for the occasion.

Will you be taking part in a Gaelic Sunday commemoration? Let us know about it in the comments section, below.