Limerick and Kilkenny are set to square off in the GAA Hurling All-Ireland Senior Championship final after winning their respective semi-final matches last weekend. 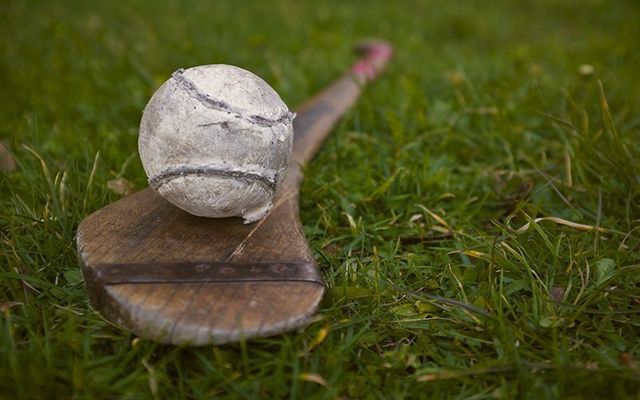 John Kiely had the perfect description for the onslaught Galway aimed at Limerick in an epic All-Ireland hurling semifinal at Croke Park on Sunday – this was kitchen sink throwing stuff as the champions held off a brave and robust challenge to win by 0-27 to 1-21 and book a showdown with Brian Cody’s Kilkenny.

The Cats, big winners against Clare on Saturday, will no doubt also throw everything in their locker at Kiely’s Limerick on Sunday, July 17, but that is something Limerick are having to get used to since they began racking up MacCarthy Cup wins in recent times.

This season, Kiely maintains, has seen the challengers up their game against the kingpins, an assertion borne out by the fact that in their last three Championship games, Limerick have been held by Clare then brought to extra time by the Banner in the Munster final before winning by three points against Galway.

On Sunday they had to play like champions in a rip-roaring second half. Ahead by four points at the break, 0-16 to 0-12, after seven points alone from Aaron Gillane, Limerick conceded a quick goal to Brian Concannon and were behind for the first time with 10 minutes to go.

Substitute David Reidy, with three points, dragged the Shannonsiders right back into it and that determination, coupled with a grand total of 19 wides for the westerners, saw Limerick finish the job eventually.

“I’m going to be brutally honest with you, every day we go out the kitchen sink is fired at us and whatever is left over is fired at us as well, and we have had to stand up and take whatever has been fired at us all season long and that’s just the way it is.  I don’t see it going to change,” said winning boss Kiely afterwards.

“But I know that every day our boys have stood up and withstood everything that was fired at them. They showed great resilience, determination, composure, calmness and an ability to see out the game so I’m worried about nothing.

Substitute David Reidy was awarded hero status by Kiely who continued, “He’s exceptionally consistent in what he does coming off the bench for us.  It’s something we value highly in the group. There’s a huge amount of acknowledgment and significance given to that in the group, and that’s why fellas are aware of how important it is to the group as a whole, and why they’re happy to play that part for us. Long may that last.

“The same with Cian Lynch and Peter Casey, it was great to get them back on the field, yes. It was great to name them on the 26, they’ve worked very, very hard as have others like Barry Murphy, for example, who was very unlucky not to make the matchday 26 as well. He put in a huge shift over the same period of time as Peter.

“They have a chance now to start in the All-Ireland final, they have a chance, and to be fair, those vital pieces that they gave us today in terms of a couple of possessions, a couple of assists, tackles, all of those bits and pieces were valuable to us in that period of time they were on the field.”

And Kiely concluded with a confession – he didn’t watch Kilkenny beat Clare on Saturday as he was focused purely on the Galway challenge.

“I didn’t watch it,” he admitted. “It was irrelevant to me until we got through today so there was nothing to be gained from watching it. Better off to walk the dog. We’ll watch it tomorrow definitely, and maybe when I get home tonight.”

Galway boss Henry Shefflin was so visibly angered by some of the decisions from referee Thomas Walsh that he ended up with a second half yellow card, but he had no complaints about the end result as his first season as manager came to an end.

“I did feel there was a 10-minute, 12-minute spell in the second half there, after we got the goal, that there were a few marginal calls that didn’t go our way, yes,” stated Shefflin. “But look, I don’t think the frees awarded to Limerick all went over the bar either and I think in the overall context of the game...you know, it comes and goes a little bit, to be fair.

“I do know we had a very good opportunity to beat the double All-Ireland champions, and we just came up short. Our shooting efficiency let us down. We knew we’d have to take a lot of shots from mid-range, and we knew that was going to be the case, but obviously you’re hoping some of them go over. And then I think we coughed up a few silly points in the first half, and all those kind of things come back to bite you a little bit.”

Asked on Sky Sports about the end to his season, Shefflin reflected on a difficult year personally when hurling helped him overcome the tragic death of his brother Paul back in March.

“I’ve obviously had some personal tough times and you think about those people, but sport and hurling for us is your saving grace because that’s what we love doing and that’s what gets us away from the trials and tribulations of life,” he answered.

“I think the management team, the backroom team have just carried themselves brilliantly and just tried to do everything possible to just try and get a group of people blending together, bonding together and giving their best for their jersey and that’s what we’ve tried to achieve.”

Nobody will be surprised that Brian Cody is back where he belongs in an All-Ireland final ahead of his 68th birthday later this month – many people were surprised that his Kilkenny thumped Clare by 12 points in Saturday’s Croke Park semi-final, 2-26 to 0-20.

Kilkenny, inspired by TJ Reid, were so good, and the Banner were so poor that their manager Brian Lohan declined to speak to the media afterwards. Cody, in stark contrast, was the Cat who got all the cream and could barely stop purring after this most emphatic of wins.

Through to their first All-Ireland final in three years, Kilkenny were all but home and hosed as a Martin Keoghan goal helped them to a 14 point interval lead. Cian Kenny’s goal seven minutes after the break sealed the deal as 10 points from Reid proved he is as good as ever ahead of the final date with Limerick.

Speaking to RTE afterwards, Reid revealed the belief within the Cats’ camp after their Leinster final win last month.

“You have to be confident,” he said. “You have to believe in your team and we did. We had four weeks of great training, and we had some serious bonding.

“We were waiting in the long grass, and we trained really hard. We showed that today, and our performance was excellent from start to finish. We dominated the game in a lot of areas and it was a massive effort. It was needed because this Clare side were coming. We were a little bit quiet in Leinster, and nobody was talking about us really. We were just focused on one thing and that was the performance.

“You leave your big performances for the big days. We got through Leinster and won the final. We had four weeks but there is nothing won yet. The big motivation over the last four weeks was that we lost the last two semifinals. No way was that happening today.”

For Cody, the end result was all that mattered as his team booked a 17th final in his reign as he seeks a 12th title.

“We’re back in the final and that was the big prize for today,” said Cody. “We were here the last two years and we just didn’t get there so we’re in the All-Ireland final now again and that’s obviously where every team wants to be.

“When you’re in the All-Ireland final, you don’t pick and choose what you get. We’d crawl to Dublin tomorrow again to play it if we had to, to be honest with you. That’s what the All-Ireland means.

“We were at the same stage last year and the year before as well. We went out and performed and performed well and we just didn’t make the final. Obviously that drives on players even further.

“Everybody wants to get to the All-Ireland final and of course I would say in everybody’s mind and everybody’s heart, they would be saying, ‘Look it lads, we can’t afford this to happen again’. Because it’s a tough feeling when you do lose it.”
As for that 12th All-Ireland, Cody won’t be counting the chickens just yet.

“I’d say we’ll definitely be underdogs in the All-Ireland final,” he said before it was confirmed that Kilkenny would indeed play current champions Limerick.

“But I don’t think any team, any players, any management team are concerned about who the favorites are. Because favoritism goes out the window when the whistle blows.”

*This roundup first appeared in the July 6 edition of the weekly Irish Voice newspaper, sister publication to IrishCentral.