A round-up of GAA news from Ireland this week - Kingston’s Touching Gesture, Dubs Choose Farrell and Donoghue, and GAA Shorts. 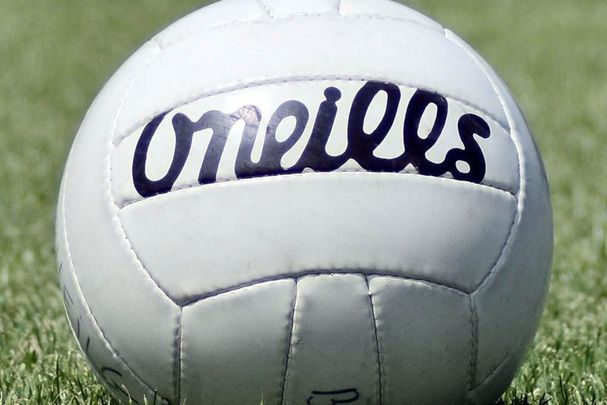 GAA news from Ireland this week.

Galway GAA star Shane Walsh has said, “At the end of the day you're your own person” as he awaits his controversial transfer to Dublin based giants Kilmacud Crokes.

Walsh scored 0-9 from play in the All-Ireland final and has requested a transfer to Crokes from his local club Kilkerrin/Clonberne in Galway. The move has been met with widespread backlash by fans around the country.

Walsh studies in Dublin and has often traveled up and down to Galway during the year.

He won the PwC GAA/GPA July Player of the Month and claimed that a switch would make sense for himself.

"This isn't the first transfer request, and it won't be the last," he told RTÉ Sport. "There's a process with this. It's ongoing at the moment, and I just have to wait to see what the outcome is.

"I haven’t been at home to go through anything. The week after the game I was with the team. The week after that I went away to Spain. I just came back for my best friend’s wedding and now I’m here in Dublin, so I haven’t really been down since the game. It’s only now that I’m starting to get back to normality a bit. I’ve been a bit oblivious to everything.

"There probably is a lot of noise about it. When I came home, I would have spoken to one or two close friends, family and that.

"You have to live your life. For me, it was easy to switch away from it. It probably got too much attention. I don't think there's anyone that cares that much about me to wonder what I'm doing every single day, bar my mom and dad, and my family."

"Could it have been handled better? Possibly, yeah. But it's not an easy topic to discuss.

"It's a sensitive topic. No one can control anyone's actions. At the end of the day, you're your own person.”

Cork hurler Shane Kingston provided a wonderful gesture to the family of Dillon Quirke after the Tipperary man passed away earlier in the month.

The 24-year-old Clonoulty-Rossmore clubman collapsed during the first half of his side's Senior Hurling Championship match with Kilruane MacDonaghs at Semple Stadium.

He was treated on the pitch before being taken to Tipperary University Hospital, where he passed away.

It has been revealed by journalist Enda Treacy that Kingston gave a jersey Quirke wore against Cork in his final game for Tipperary in May to his family.

"The two men had marked each other in the game and traded jerseys at the final whistle, and it was a touch of real class from Kingston to travel all that way to pay his respects, and it really showed the quality of the Cork hurling family,” Treacy said in his column.

He ended the column by saying, "Tipperary have lost a good man and a good hurler, and we are lucky to have the culture of Gaelic games we have in this county that we can rally for each other, but we will all be hoping that such a loss doesn’t befall us again anytime soon.”

Dublin County Board has appointed All-Ireland winner Micheál Donoghue as the new coach to their senior hurlers and agreed a two-year contract extension with football team boss Dessie Farrell.

Donoghue’s appointment on a three-year deal is seen as a major coup for the Blues with a CV that includes an All-Ireland win and Leinster and National League titles during his time with the Tribesmen.

Noel Larkin and Francis Forde have followed Donoghue from Galway as selectors along with former Westmeath boss Shane O’Brien who will also manage the Dublin Under 20 side.

“We’re delighted to announce the appointment of Micheal and his backroom team,” Dublin County Board chairman Mick Seavers said.

“Micheal brings a wealth of experience to the role. We wish him and the panel all the very best and look forward to working with Micheál and his team over the coming years.”

Farrell, meanwhile, will remain in charge of the Dublin footballers until 2024. A statement from the County Board read, “Dublin GAA County Committee are pleased to announce that Dessie Farrell will continue as Dublin Senior Football manager for a further two years.”

GAA: Former Offaly boss Pat Flanagan is the favorite to take on the vacant manager’s job with the Roscommon footballers while Liam Kearns is the new Offaly football team boss . . .

GAA: Legendary Kerry footballer Tomas O Se is set to be named as manager of the Kingdom’s under-20 side . . .

*This roundup first appeared in the August 24 edition of the weekly Irish Voice newspaper, sister publication to IrishCentral.