Travel back in time with this extraordinary footage of the Irish countryside and the heart of Dublin in the 1950s. 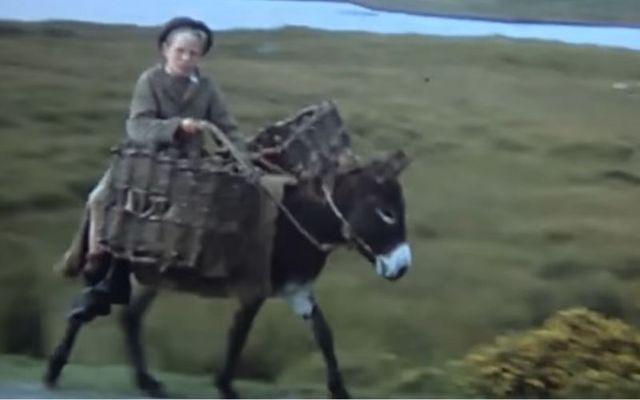 Travel back in time with this extraordinary footage of the Irish countryside and the heart of Dublin in the 1950s. Michael Rogge, YouTube

The videos featured here, shared on YouTube by Michael Rogge, whose channel is a treasure trove of old videos from around the world, were captured by a tourist in Ireland on 16mm film.

The first takes you through the Irish countryside near Carna, Clifden, and Galway. Feast your eyes on everyday scenes of a world that’s no more: a boy on his donkey; women walking a country road, some covering their faces with scarves to hide from the camera; a man harvesting seaweed; a rowboat excursion; a sheep feasting on grass; people peering out of thatched cottages; cows in a field; a curious dog running up to the camera; and a vintage car (you can join the debate on the make, model and year) navigating its way over a bridge.

The second video captures the sights and sounds of Dublin in the 1950s. No soundtrack here, just the revving of motors, the chatter of passersby, and the clip-clop of horse-drawn carts as they travel down the cobblestone streets.

See the shop fronts and the cyclists, the group of men with bemused expressions in reaction to the camera, workers from the Irish Assurance Company picketing on strike, the front entrance to Trinity College Dublin, the River Liffey, and Nelson’s Pillar still standing.

* Thanks to Eoin Hahessy and Flight of the Cubs