Threat of US tariffs on Irish Whiskey has “escalated”

Concerns are growing that whiskeys made in the Republic of Ireland could soon be subject to tariffs of 25 percent in the US. 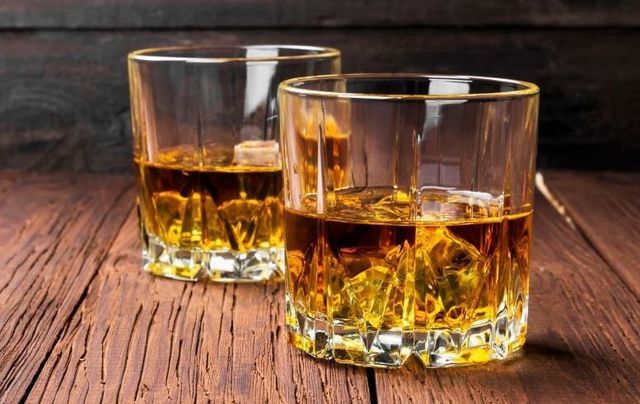 Whiskey made in the Republic of Ireland could potentially come under new US tariffs. Getty Images

Irish whiskey, though initially exempt, could potentially be subject to 25 percent US tariffs

Whiskey made in the Republic of Ireland, though initially exempt, could soon be subject to the 25 percent tariff the US introduced on many EU goods in October.

In October, the World Trade Organization authorized the Trump administration to impose duties after it decided that the EU failed to completely end illegal loan subsidy programs for Airbus.

In the wake of the October ruling, US trade representative Robert Lighthizer said: “For years, Europe has been providing massive subsidies to Airbus that have seriously injured the U.S. aerospace industry and our workers.

“We expect to enter into negotiations with the European Union aimed at resolving this issue in a way that will benefit American workers.”

On October 3, Donald Trump tweeted the move was a “nice victory:”

The U.S. won a $7.5 Billion award from the World Trade Organization against the European Union, who has for many years treated the USA very badly on Trade due to Tariffs, Trade Barriers, and more. This case going on for years, a nice victory!

Read More: What Irish products in the US will be affected by Trump’s 25% EU tariff?

While whiskeys made in Northern Ireland, such as Bushmills, Gelston's, and Coleraine, were subject to the 25 percent tariff, Irish whiskeys made in the Republic of Ireland were initially spared from the new tariffs.

Sources, however, are now concerned that could change.

On December 2, the World Trade Organization ruled that the EU had not done enough to comply with its October ruling to end illegal subsidies to the aircraft manufacturer Airbus.

In response, US trade representative Robert Lighthizer said in a statement on December 3 that the US is considering additional tariffs as the EU has yet to comply with the previous ruling which, in turn, “continues to cost American aerospace companies significant lost revenue.”

Lighthizer said: “In light of today’s report and the lack of progress in efforts to resolve this dispute, the United States is initiating a process to assess increasing the tariff rates and subjecting additional EU products to the tariffs.

“The EU’s frivolous case proves that strong action is needed to convince the EU that its interests lie in eliminating these market-distorting subsidies now and in the future, so that our industries can compete on a level playing field.”

Read More: Will there be extra tariffs on Irish Whiskey under the Trump Administration?

William Lavelle, the head of Drinks Ireland, the representative body for alcoholic drinks manufacturers and suppliers on the island of Ireland, said in a letter to his organization’s members that a "serious ongoing threat that tariffs could yet be applied to more Irish whiskeys, particularly in light of the Ibec [Irish Business and Employers Confederation] assessment that the US had only imposed tariffs worth a small fraction of the overall total they were allowed to impose.

"This threat has now escalated further," Lavelle said, adding: “We will continue to monitor the situation and to lobby accordingly.”