“What did Dublin do to deserve this burger joint that gives the gag reflex a workout?" 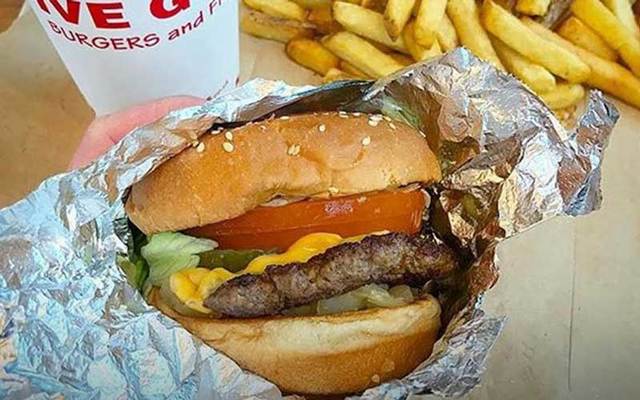 “What did Dublin do to deserve this burger joint that gives the gag reflex a workout?" asks food critic Catherine Cleary in a stinging attack on the Five Guys American hamburger chain, which recently opened in Dublin

Cleary and her son recently visited the chain outlet in Dublin. She says: “Rock music is set to Guantanamo-torture level, which makes it hard to focus on the choices as we queue up to order. The menu is a simple cookie-cutter affair. There are burgers (expensive ones), hot dogs and something called a ‘veggie sandwich,’ The young woman looks a little taken aback when I order it, like it’s just there for show. This will all make more sense when I try to eat it.”

She notes “The only free table is covered in debris like a flock of gulls has just departed in a clatter of wings. There’s a half-drunk milkshake and a fair amount of uneaten food. We push it to the far end of the table and sit down, hoping someone will clear the mess as we eat. They don’t.

“There’s a film of grease on the table. Along with the remnants of someone else’s lunch, they make for what is probably the most dismal dining table in the history of this column.”

She goes on: “I manage two bites of my ‘veggie sandwich’ before losing both the will to go on and the ability to suppress my gag reflex.

“If there are any grilled onions or mushrooms here, they’re outnumbered by what tastes like leftovers from a bad sandwich bar. Under the sweaty bap lies limp iceberg lettuce, chewy peppers, a tepid slice of tomato and some acrid chilli slices embedded in the awful cheese like chips of asphalt in melting tar, all of it entombed in a bun that disintegrates into doughy lumps that pebble-dash the back of your throat.” Ouch.

Even the Five Guys milkshakes did not escape.

“The milkshake tastes like someone’s soft scoop ice cream left in the sun to melt to a rubbery gloopiness and then poured into a cup and rechilled. It’s cloyingly sweet and we end up ping-ponging from fries to shake and back again, needing savoury to combat sweet, neither satisfying nor fun enough to be worth the effort.”

She concludes: “We get the burger joints we deserve. Dublin’s doing something very wrong if we get this one.”

In case you want to brave it on your next trip despite the review, the address is: Five Guys, 57 South Great George’s Street, Dublin 2.