The best Irish pubs in New York, according to The Guardian (Plus, a few of our favorites!)

They may fast be becoming a dying breed but there are still plenty of great Irish bars in New York. 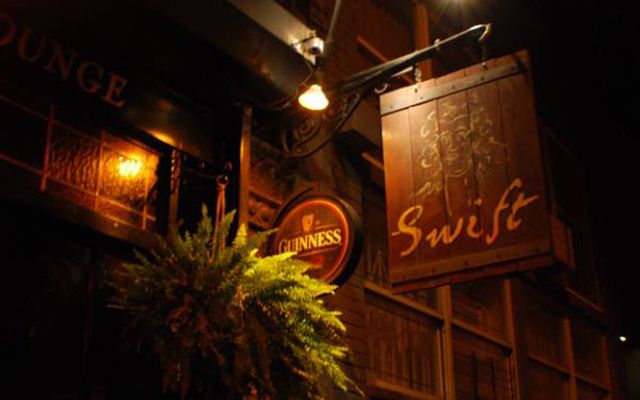 A staple of the city, the New York Irish bar has somewhat changed in recent years. While the emerald green shamrocks and overtly Irish names of the bars around Times Square and midtown Manhattan remain the same, in other parts of the city, modern Irish culture is taking over and the desire to create something more authentically 21st-century Irish has seen more subtle cultural undertones running through a bar’s decor and menu.

That said, whether you go for the more traditional Irish-American bar or the newer reboots on the theme, an Irish bar in New York still can’t be beaten and English newspaper The Guardian seem to agree.

Take a look at their top ten picks here while we’ve left some of IrishCentral’s own suggestions below.

An East Village institution, McSorley’s claim to be the oldest bar in New York, although this is always debated by another city institution The Ear Inn. Whether it’s true or not, the bar and its two types of ale - dark or light - is a spot that you can trust every Irish person to have visited at least once.

“Really, though, it is not so much a bar as an East Village institution – and the one New York Irish pub most people have heard of,” wrote The Guardian.

“The busy interior, with its portraits, posters, paraphernalia, stovepipe and sawdust floor, is pretty much as it was a century ago.”

A much younger bar than McSorley’s, Swift Hibernian Lounge just celebrated its 21st birthday last December by serving up tons of some of the city’s very best Irish coffees. A perfect mixture of the old and the new, Tuesday nights will find you propping up the bar listening to a live traditional Irish music session while on Saturday nights you can find yourself bopping along to 80s classics.

Designed to resemble an upside down church, the bar is the creation County Laois-raised entrepreneur Danny McDonald, created as an antidote to the traditional Irish bar.

“Swift is resolutely shamrock-, leprechaun- and even television-free,” said The Guardian.

“It celebrates the literary (it’s named after Irish writer Jonathan Swift), is timeless (Hibernian note, not Irish), and convivial (lounge, not pub), the sort of place that has seen, from its backroom pulpit – salvaged from the County Meath church where Swift served as a vicar – anything from readings by Frank McCourt to DJ sets.”

Rough Monday? We have the perfect remedy...

If like ourselves, you find yourself complaining about the smaller-sized American pint glasses, Molly’s is the place to head to get yourself a proper 20oz Irish pint. Serving all of the Irish favorites including Murphy’s, a rarity in the city, Molly’s is a traditional throwback to 1950s Ireland.

The Guardian states: “Designed to resemble an illicit rural Irish shebeen from the 1950s, with a whitewashed frontage, low ceilings, sawdust floors and wood-burning fire, the inviting and dimly lit interior and, importantly, most of the no-nonsense staff, have been a constant for the past 30 years or more.”

Well, there’s no way that the best bar in the world couldn't feature on this list. While The Dead Rabbit creators, Belfast-born Jack McGarry and Sean Muldoon, may be busy bringing their pop-ups to London and overseeing a further New York bar, The Blacktail located in Pier A Harbor House, it certainly doesn’t mean that their original masterpiece has been forgotten.

Possibly pipping Swift to the post for the best place to find an Irish coffee (although the race is extremely close), after just four years, The Dead Rabbit will go down in New York history as one of the best places to spend your evening.

Described as a “forward-thinking 21st-century Irish bar”, The Guardian states that this Financial District bar: “takes a time-honoured tradition of hospitality, a sense of history and young, dynamic staff and turns them into a modern Irish bar that is accessible, irresistible, even fiercely romantic.”

Well established in Irish music circles in New York, you can find live music in Paddy Reilly’s every day of the week. From bluegrass to traditional Irish music to an all-genre open mic night, the bar celebrates the nation's love of ceol & craic yet does so in an easy-going and unintimidating manner for those who just wander in and may not know too much about music.

“This old-style neighborhood bar in Midtown East’s Kips Bay really does feel like a pub in the west of Ireland,” states the English paper, “complete with committed drinking, easy-flowing conversation, well-worn upholstery and legendary nightly live music – from Irish trad to bluegrass jams.”

For the average American or tourist, The Late Late may not seem like a classic Irish name for a bar but anyone who's spent some time in The Emerald Isle will recognize the theme instantly once they step through the door. With the faces of all the TV show’s famous presenters discretely positioned around the establishment, there can be no doubt that The Late Late pays homage to the popular Friday night Irish chat show of the same name.

You may not be able to find a pint of Guinness but you’ll manage to get your hands on a Tayto crisp sandwich or a cheese toastie in this hip take on a 1960s Irish home and every weekend it transforms into a late night club space.

For major sporting occasions, The Guardian believes Mr. Dennehy's is a must visit, especially if you’re looking for a good atmosphere around an English Premier League match. While it does seem like more of an American sports bar experience, the Irish pub grub and great full Irish breakfast give it that shamrock spin.

Described as something akin to an Irish dive bar, the Four-Faced Liar is named after a clock tower of the same name in Cork city in which all four sides of the tower have a clock telling a different time.

“The low-key, laid-back bar may have had two bold leprechauns painted on its large front windows last time I passed – yet everything else is markedly more restrained.,” states The Guardian’s writer Philip Watson.

While a far enough walk out to the West Side, opened in 1868, The Landmark Tavern is well worth the trek. The former speakeasy and dock workers’ saloon serves up traditional music every Monday night as well as some classic bangers and mash to appease the hunger after your walk.

Located just one block from  the popular Intrepid Sea, Air and Space Museum is described as having “some of the best gastropub-style food in any Irish bar in New York.”

A much-loved neighborhood bar, the Café was established in originally in Hell’s Kitchen before relocating to Chelsea in 1936 after the Prohibition. It’s now overseen by the great-grandson of the original owner, Peter McManus, and claims to be “the oldest family-run bar in New York City”.

“There’s a warm and welcoming front room, with a tin ceiling, terrazzo floor, wood paneling, a carved mahogany bar, two working wooden phone booths and three Tiffany stained glass cabinets – one with a bullet hole from an attempted robbery in the 1970s.”

Just around the corner for Swift Hibernian, The Scratcher Sessions on a Sunday evening are well-known amongst the Irish community in New York for their stellar performances from up and coming musicians and singers. Another cozy spot to escape the cold, the bar is modeled on a traditional Irish bar with plenty of bags of flour and porridge resting above the bottles of liquor behind the bar.

We can’t promise that you’re going to like The Mean Fiddler if you’re anywhere over 23 years old or don’t like your nights out to make you feel like you’re in cattle mart but there’s a reason why it’s one of the first stop-offs for J-1s students recently arrived in the city. The sticky floors, jostling people, and dark, grimy interior are reminiscent of any country town’s nightclub (or disco, as they’re still more fondly known).

While distinctly Irish-American, O’Hara’s is both a great tourist stop off and a great place to find yourself being a regular. Destroyed by the debris from the World Trade Center during 9/11, the bar and its community rebuilt themselves to become a stop-in for members of the emergency services who leave their badges along the bar's walls. With photo albums and clippings of how they came back together, the friendly bar staff is always more than willing to share their story over a great happy hour beer.

We may have another while to wait before Six Nations season comes around again but when the rugby starts up in Fall 2017, make sure you make your early starts in The Grafton to enjoy the sportsmanship with people of all nationalities. Always holding a pleasant mixture of Irish, English, Welsh, Scottish, French and Italian fans, the reasonable price for a full Irish and a pint of Guinness will make the horrible early kick-off time worth getting out of bed for.

As urban legend tells it, if you can name all of the famous literary figures pictured on the walls, you’ll win yourself a free round.

While this bar strays from the Manhattan-focused list, Iona is a must visit for any homesick Irish who miss having a great packet of crisps (chips). The large backyard seating area is the perfect place to fill yourself with Chipsticks and Hula Hoops that you’ll very rarely find in any other spot (and trust us, we’ve looked).

A pleasant mix of Irish and Scottish - we’re all friends here - The Craic is a fantastic cozy spot for wintertime hibernation. Located in a basement, windows along the top of the bar still let in plenty of light while you wrap yourself up beside the fire in their couches.