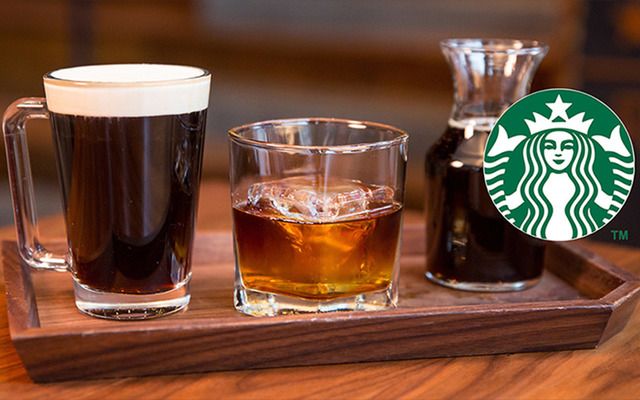 Two new Irish flavored brews have been released by Starbucks in the run up to St. Patrick’s Day this week.

‘Barrel-Aged Cold Brew’ and ‘Barrel-Aged Con Crema’ are being sold at the Starbucks Roastery store in the corporation’s hometown of Seattle, Washington. Irish whiskey fans rejoice!

The first is served with a large cube of ice and the second is served in a glass mug.

The coffee beans are then added into a whiskey barrel after which they are "hand-rotated frequently to ensure all the coffee comes into contact with the oak barrel," according to Starbucks.

Ian greeting me with a Starbucks and Irish Whiskey. My bff is better than yours👍🏻💗

Then both drinks are sweetened with vanilla syrup and finally the con crema is finished with cascara sugar and foam.

"The process takes time, care and patience, ensuring we deliver a distinct experience that stays true to the specialness of the coffee while imparting the complementary, distinguished flavor of the oak-aged barrel," Starbucks employee Duane Thompson told journalists in a press release. "You get those earthy notes mingling with the oak to create a cup that's unlike any other."