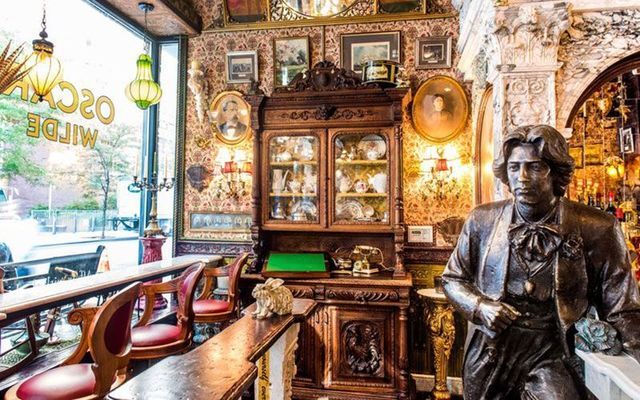 Opened in August 2017, Oscar Wilde bar in Manhattan lives and breathes the spirit of the Irish playwright and writer, decked out from front to back with antiques and tributes to the style of the Victorian era.

With claims to have the longest continuous bar in the whole of New York City and the building's former role as the Prohibition Enforcement Headquarters during the Prohibition Era, the bar, located at 45 West 27th Street, is the brainchild of Irish immigrants Tommy Burke and Frank McCole, who are also the co-owners of Lillie's Union Square and Times Square, as well as the Papillon Bistro.

Inspired by both Wilde himself and the Prohibition Era, their signature cocktails and drinks make sure to have absinthe and champagne included on the menu, two of the writer's favorite tipples.

To take a look around this incredible tribute to Dublin-born Wilde, we met with the bar co-owner's Burke and McCole, who both moved to the US from Ireland in the 1980s, to find out more about what inspired them to create this extravagant venue, packed out with eye-catching trinkets, stunning fireplaces, and centuries-old clocks.

Take a look at the video below to find out more:

We're live from the new Oscar Wilde NYC bar in New York, getting a tour around the amazing space inspired by one of Ireland's most famed writers. Share with someone who loves Oscar Wilde

Posted by IrishCentral.com on Tuesday, October 24, 2017