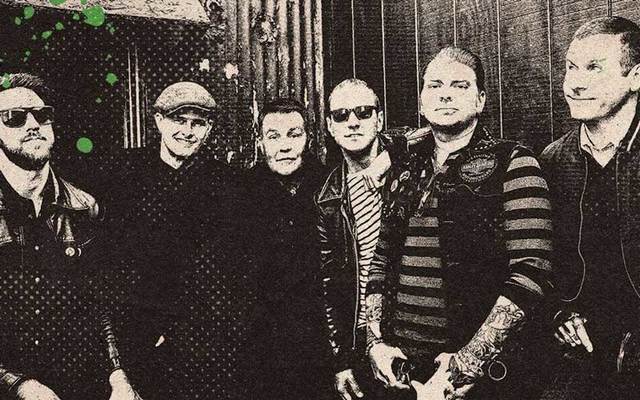 The Dropkick Murphys now have their own beer.

Dropkick Murphys' collaboration with the Vermont-based brewer is for a good cause.

“The idea was brought to us as a way to raise money for the band’s foundation, the Claddagh Fund,” says band leader Ken Casey. “And they wanted this collaboration to be part of their responsible drinking campaign, so we thought it was a fun but good thing to be involved with, considering the positive message.”

Last summer, Magic Hat donated $20,000 to the Claddagh Fund at the Dropkicks/Rancid show at the Brockton Fairground. The Boston Herald reports the brewer and its distributor, Craft Brewers Guild, will also donate an additional $1 per case sold to the foundation, which was founded by Casey in 2009 and supports a range of charities, including drug and alcohol rehabilitation centers.

The Barroom Hero is a low-alcohol ale with a roasted coffee aroma and smooth caramel and chocolate malt finish.

“You are going to see all these Irish reds and stouts everywhere around St. Patrick’s Day,” said Magic Hat represent­ative Chris Duggan. “We wanted to do something that stood out from those. This will.”

Barroom Hero, our collaboration with @DropkickMurphys, has officially dropped! We've been seeing check-ins in MA, CT, PA and NY and that ain't all. While you're tracking some down, be sure to take some time to visit the @claddaghfund, because that's what made this happen. pic.twitter.com/ChLCtEHGfV

Casey, who is sober, says he appreciates the DropKick Murphys look of the can especially since he won’t be drinking whats inside.

“I leave (the drinking) to the experts,” he said. “But I do like the artwork and the can. I approve of the outside, but I leave the inside to others.”

Magic Hat planned for Barroom Hero to be a three-month local release, but distributors across the country have signed on and the beer will be available at each of the band’s gigs through mid-March. The beer will then be re-released it this summer.