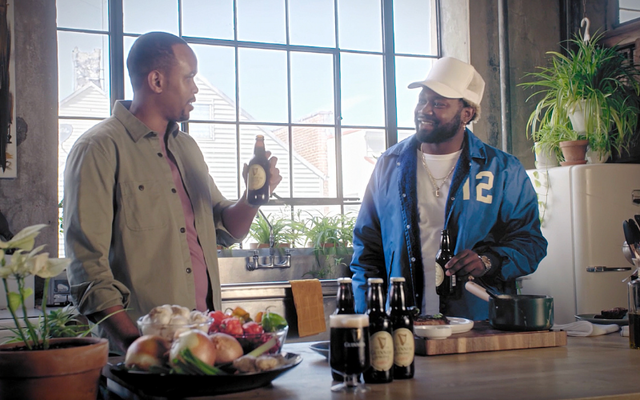 Guinness takes our taste buds on a tour of the Caribbean with these unique recipes from Chef Andre Fowles.

In the videos, Chef Fowles, an award-winning Jamaican born chef, takes classic Caribbean recipes and gives them a new twist by using the strong and bold flavors of Guinness Extra Stout.

Check out below how Chef Fowles creates Jamaica’s most iconic street food, the Jamaican beef patty, watch him plate up some Sticky Jerk Ribs with Guinness BBQ Sauce -keep an eye out for Jamaican singer Kranium who stops by for a taste test and a chat - and lastly satisfy your sweet tooth with his Sticky Sweet Potato Toffee Pudding.

Chef Fowles begins by mixing garlic and onion powder, salt and pepper, dried thyme, paprika, and allspice. He then douses a rack of pork ribs in a pre-made wet rub before seasoning the meat with his dry rub mix. Next, Fowles lays the ribs on a handmade rack of onions (over foil) instead of the traditional wire rack. He then drizzles a bottle of Guinness Extra Stout on top to elevate the flavor with its bittersweet notes.

To help heighten your palate, Fowles whips up a special barbecue sauce made of ketchup, brown sugar, vinegar, smoked paprika, and a few other seasonings, including jerk seasoning. But the sauce isn’t complete without the most important ingredient of all, more Guinness! Once the meat is done, Fowles pours the barbecue sauce on top because it’s all about the Guinness flavor. 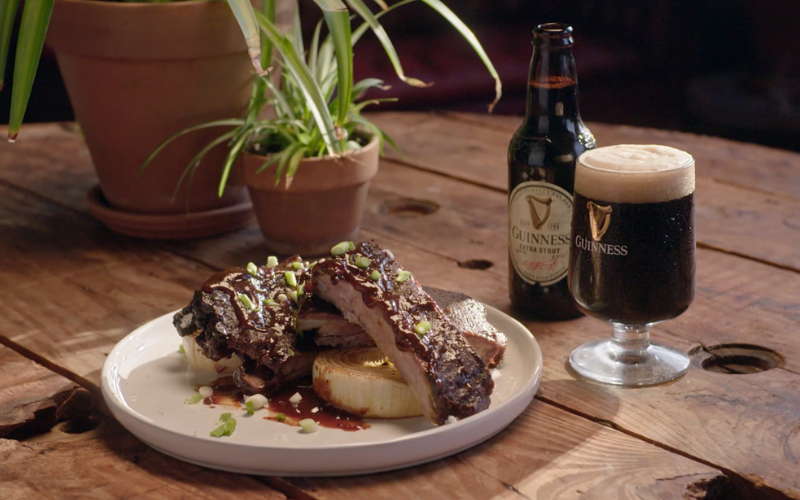 For Fowles, the Jamaican beef patty was the quintessential go-to snack growing up. And while the recipe might look complicated, it’s not. There are only two key things to know: the filling and the crust.

Starting with the filling, Fowles throws diced onions into a food processor along with garlic, ginger, fresh thyme, scallions, allspice, paprika, garlic, and onion powder for extra flavor. Then add some caramelized sugar for browning. To top it off, he adds ground beef along with beef stock and breadcrumbs to fortify the flavor.

Once it’s all done, open up a Guinness Extra Stout and watch the bold, roasted notes of the beer combined with the succulent flavor of the beef patty for the most perfect food pairing. 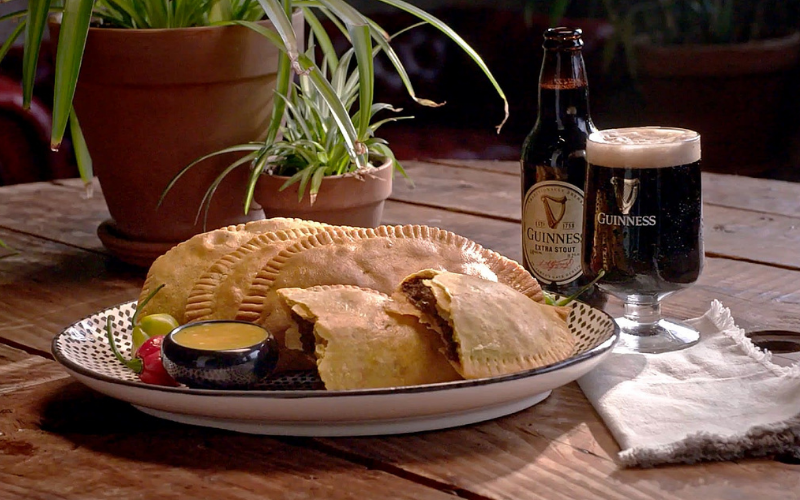 Growing up making this recipe with his grandmother, the top-notch chef has perfected his craft. Fowles starts by pointing out that the key ingredient to this dish is a bottle of Guinness Extra Stout—to bring out the toffee and beer sweet chocolate notes. Then, he starts mixing his Guinness caramel sauce, which includes brown sugar, a stick of butter, molasses, and the eponymous ingredient.

As he lets that chill in the freezer, Fowles moves on to create the batter, which features dates, raisins, water, coconut milk, and Guinness Extra Stout. The beverage is key as its bold, roasted notes bring out the sweet, harmonious flavor of this sweet potato toffee. The final result is a childhood favorite dessert for you to enjoy! 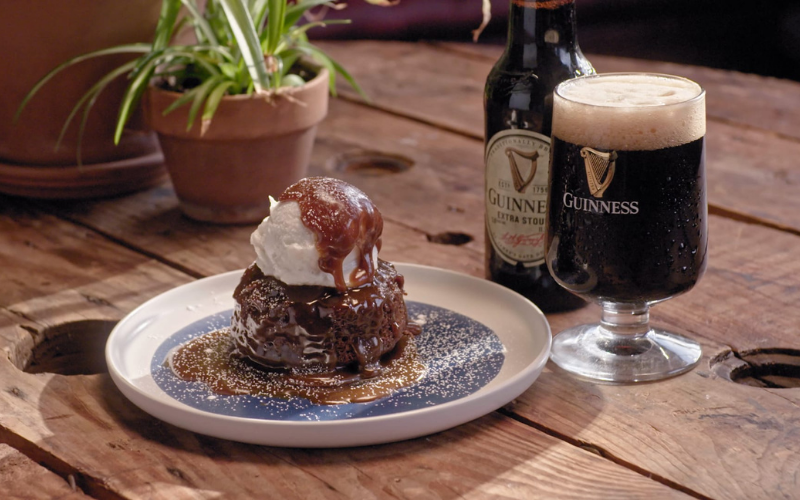