An Irishman who had a $34 bottle of Irish whiskey hidden away in a wardrobe for 29 years is set to auction it off for over $1,200. 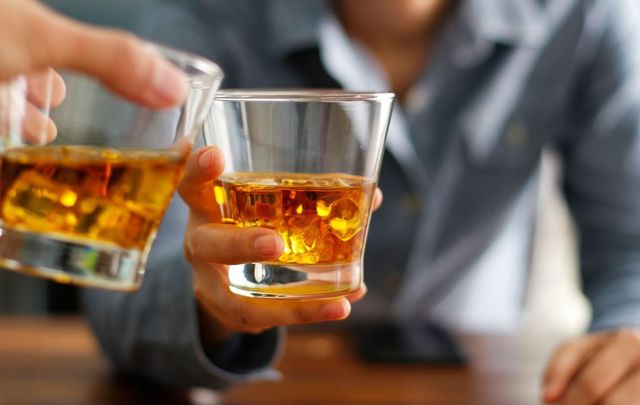 A haggle over whiskey price tags three decades ago will soon net one lucky Irishman more money than he could ever have bargained for.

Read More: Whiskey distilling returning to Donegal for the first time in 177 years

Walsh told the Irish Independent that one bottle was advertised for $85 and another labeled at $34.

Embracing the “customer is always right” philosophy, Walsh, a musician, argued his case for the lower price to the store manager – and won.

“It was the World Cup and I was queuing when I saw a bottle of Midleton in a glass case, then I saw another one. The two bottles had different prices on them.

“I was told it was a mistake, so I said the customer is entitled to buy it at the [lower] advertised price.

"Midleton Very Rare" is a premium Irish whiskey, produced by Irish Distillers at the New Midleton Distillery, in the East Cork town of Midleton, from which it gets its name. A non-age statement whiskey, containing a mix of pot still and grain whiskeys. Image: Getty

After admitting their initial mistake, they graciously offered the bottle to Walsh for $34.

However, he didn’t have enough cash on him and tested the waters a second time asking if he could return the following day to complete the purchase and they agreed.

“I walked away with the whiskey that day thinking I’d save it for a special occasion, an anniversary, a big birthday.

“But there it has been, lying in the wardrobe for 30 years. I was doing a clear-out and I found it on the shelf.

“I started Googling it and then I found a place to auction it and I couldn’t believe how much it’s worth.”

The bottle is now in the UK and it is expected to be auctioned online within weeks on whiskyauctioneer.com.

Ross Fraser, from the auction website said that the highest priced Midleton whiskey the website had sold was a “1989 Very Rare” bottle, auctioned for more than $9,000 (€8,000) last May.

A worker sampling the alcohol produced from the copper distillery boiler. Image: Getty

“Midleton is a very famous Irish whiskey and those bottles aren’t produced anymore, so it has a lot of interest. People are fighting to get this bottle.”

Walsh said he was hopeful that the auction would raise enough cash for a holiday.

"Midleton Very Rare" is a premium Irish whiskey, produced by Irish Distillers at the New Midleton Distillery, in the East Cork town of Midleton, from which it gets its name. A non-age statement whiskey, containing a mix of pot still and grain whiskeys.

What do you think about this bargain purchase? Let us know your thoughts in the comments below.