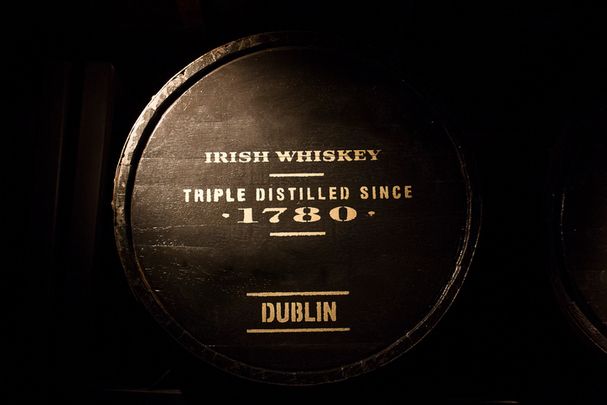 The Irish Whiskey Tourism strategy is aimed at promoting Ireland as a top whiskey tourism destination and outlines plans for the future of the Irish whiskey sector for each region across the country.

The Irish Whiskey Association is hoping to capitalize on this growing sector which already sees over 650,000 tourists visiting Irish distilleries across the country each year. Two regional launches for this new strategy were held in May, for both the Northern region and the Midlands/East region.

Minister of State for Tourism and Sport, Patrick O’Donovan announced the launch of the Midlands/East Regional Irish Whiskey Tourism Strategy at the Tullamore D.E.W. Old Bonded Warehouse outlining the vision of what he hopes is the future of the Irish whiskey sector.

“We are fully supportive of the Irish Whiskey Tourism Strategy’s target to treble the number of Irish whiskey tourists visiting Ireland annually, to 1.9 million over the next 8 years. When achieved this will deliver €1.3 billion to rural and urban centers all over Ireland every year and create hundreds of jobs.

“There will soon be Irish whiskey distilleries operating in 20 counties around the country. With the Irish Whiskey Tourism Strategy I believe we have the opportunity to create a world-class tourism offering that encourages high-spending international tourists to spend time in distillery towns all around the island.”

The Irish whiskey sector has been booming for the past number of years and Ireland looks set to capitalize on this new found success. There are currently 16 distilleries operating across Ireland with a further 14 scheduled to open over the next few years.

Miriam Mooney, Head of the Irish Whiskey Association said “Irish distilleries are positioning themselves as key tourist attractions. Already Tullamore D.E.W. Old Bonded Warehouse and Kilbeggan Distillery are succeeding in attracting more than 100,000 visitors to the region every year.”“We believe that when Slane Distillery and Boann Distillery open their visitor centers, the number of whiskey tourists travelling to the region may exceed the anticipated target of 158,000 visitors per annum judging by the performance of existing visitor centers in the region. This region will play an integral role in making Ireland the world’s number 1 whiskey tourism destination.”

As well as creating a profitable and vibrant tourism sector, these new distilleries will also help to create hundreds of new jobs. Mooney said, “With collaboration of local communities and national and local government support, Irish whiskey tourism has the potential to grow from 653,277 visitors every year up to 1.9 million visitors by 2025, spending an estimated €1.3 billion every year and the rich whiskey making culture in the Midlands and East plays an integral role in making this potential a reality.”

Some of the newest distilleries operating across the country include Slane Castle, Teeling Distillery and The Connacht Whiskey Company. In March, Diageo announced their plans for a €25 million ($27 million) investment into a new distillery at the former Guinness Power House on Thomas Street in Dublin, only a short distance from the brewery at St James Gate, with construction expected to begin in September 2017.