Margaret M Johnson's book "Teatime in Ireland" celebrates the cultural custom of tea drinking in Ireland with a celebration of 70 recipes to enjoy with your cuppa. 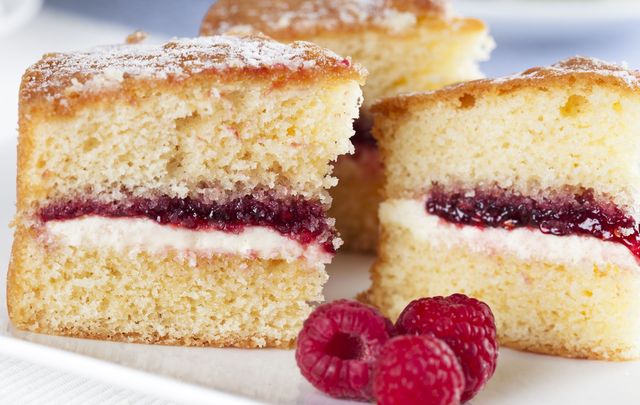 You might say that in Ireland all roads lead to tea. From breakfast and lunch breaks to weddings and wakes, a cupán tae (cup of tea) is always a welcome guest.

Irish tea is far more than just a hot drink to go with a scone and jam: it’s an important custom that serves as a symbol of hospitality, friendship, and pleasure. Some say the Irish people have a relationship with tea that “transcends the ordinary” — hyperbole, perhaps, but given that the average person in Ireland drinks four to six cups of tea a day, perhaps not!

Tea time in Ireland is actually my favorite time of day. I enjoyed my first official cup at my cousin Kit’s cottage in County Kerry during my first visit there 35 years ago. Within minutes of our meeting, the kettle was on, the teacups were out, and the milk and sugar appeared. A box of Jacob’s Rich Tea biscuits quickly followed, and Chocolate Kimberley biscuits for my children arrived on a small plate. Our relationship was ceremoniously underway.

For years, I had only known Kit as “my Irish cousin”: a distant relative twice, maybe even three times removed whom I’d never met. Christmas cards were exchanged like pen pals, but this in-person visit with cup in hand closed the gap between cousins from across the pond. 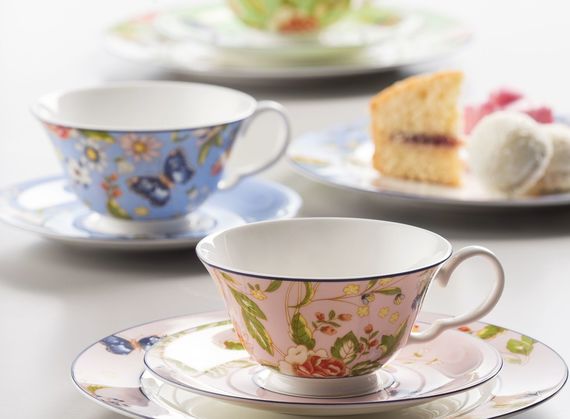 We repeated this ritual each time I visited Ireland, usually once a year, but later I supplied the sweets. I brought cookie “collections” in fancy-tins with photos of local scenes like Moll’s Gap or Ross Castle at tourist shops in Killarney. Or I brought treats from Jam, a local bakery known for its heavenly scones and fruity crumbles. Tea time in Ireland was terrific.

The cuppa with my cousin was just the beginning of other wonderful tea time experiences, especially afternoon tea, the elegant three-course affair where tea is the main attraction, and delicacies like dainty sandwiches, flaky scones, and luscious pastries act in supporting roles. Introduced in England in the mid-1840s, the mini-meal grew in popularity there and eventually spread to Ireland.

I have to admit I fell under its spell when a friend first suggested we meet in Dublin and have tea at The Shelbourne, one of Ireland’s most legendary hotels. Without a tea biscuit or Kimberley in sight, we settled into a tea stand laden with traditional tea sandwiches – cucumber, smoked salmon, and creamy egg salad; plain and fruity scones with clotted cream, lemon curd, and strawberry jam; elegant tartlets, cream-filled eclairs, and macarons. The tea selection ranged from aromatic Darjeeling to citrus-scented Earl Grey and exotic Lapsang Souchong. Heaven!

I was smitten, to say the least, and in Tea Time in Ireland, I share some of my most memorable tea experiences along with recipes from legendary hotel tearooms like The Shelbourne, Ashford Castle, Adare Manor, The Merrion, and Dromoland Castle, and from smaller tea venues like Cupán Tea in Galway and Castlewood House in Dingle; recipes from Irish home cooks join the mix. 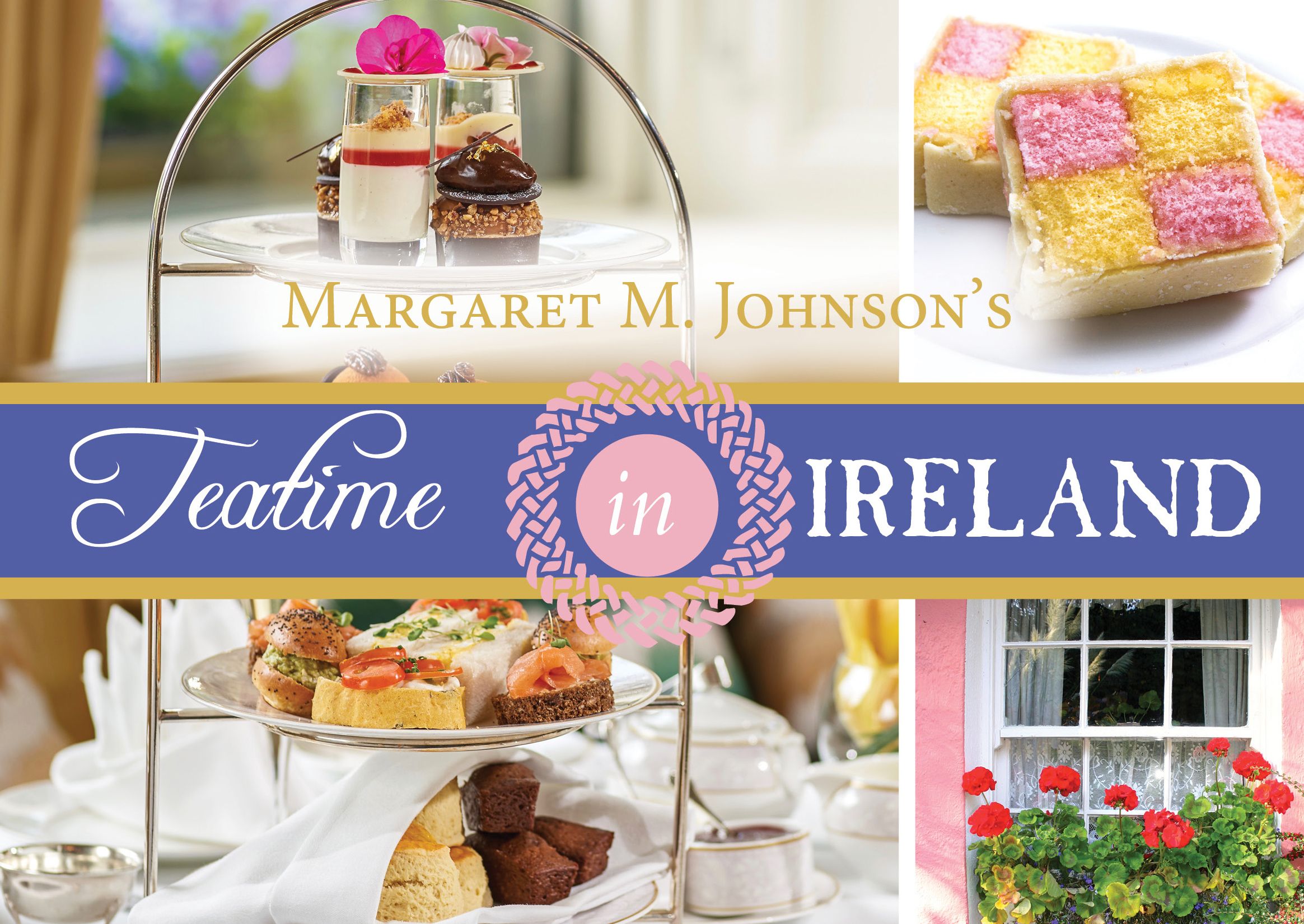 The cover art for Margaret M Johnson's Teatime in Ireland.

Teatime in Ireland provides both a delicious culinary and cultural experience and offers more than seventy recipes from delicate sandwiches and rich tea loaves to elegant tarts and homespun cakes. The recipe for this Victoria Sponge, which some say is the “quintessential teatime sweet,” is from the tearoom at Belleek, Ireland’s oldest working fine china company, established in the Fermanagh village in 1857.

The traditional cake consists of jam and whipped cream sandwiched between two sponge cakes. The top of the cake is generally noticed or decorated except for a sprinkling of confectioners’ sugar, sometimes over a doily to create a lacy pattern.

The cake is named in honor of Queen Victoria, who spent time at her residence on the Isle of Wight following the death of Prince Albert in 1861. In order to inspire the monarch to get back into the swing of civic duties, she was encouraged to host tea parties, at which a sponge cake like this was served. “Victoria Sponges” became fashionable throughout England and Ireland and also became the measure of the home-baker.

Make the cake. Preheat oven to 325° F. Butter a 9-inch round pan and dust with flour; tap out excess.

In a medium bowl, cream butter and sugar with an electric mixer on medium speed until light and fluffy. Add eggs, one at a time, beating well after each addition. Whisk in flour and baking powder until smooth.

Transfer mixture to prepared pan and bake for about 30 minutes, or until the top is golden and a skewer inserted into the center comes out clean. Remove cake from oven and let cool on a wire rack for 15 minutes.

Invert cake onto a serving plate, and then return it to upright. With a serrated knife, cut cake in half horizontally; spread the bottom half with strawberry or raspberry jam. Spread whipped cream over jam and replace the top half of cake.

Place a nine-inch doily on top of cake; lightly sift confectioner's sugar over it. Carefully remove doily, leaving a lacy pattern on the cake. Cover and refrigerate the cake until serving time. Garnish with fresh strawberries, if desired.

*Margaret M. Johnson is author of eleven cookbooks — Favorite Flavors of Ireland; Christmas Flavors of Ireland; Flavors of Ireland; The Irish Pub Cookbook; Irish Puddings, Tarts, Crumbles, and Fools; The Irish Spirit; The New Irish Table; The Irish Heritage Cookbook; Tea & Crumpets; Cooking with Irish Spirits; and Ireland: Grand Places, Glorious Food. As a food and travel writer, she has contributed to publications in both the U.S. and Ireland including Intermezzo Magazine; SIP, For the Love of Drink; Irish Echo newspaper; and to online sites such as TheWildGeese.irish, and IrishPhiladelphia.com. She frequently appears at Irish food and cultural events, and when she’s not visiting her ancestral home in Ireland, she lives in Westhampton Beach, NY. You can reach Johnson at irish1cook@aol.com or visit her website www.irishcook.com. You can buy Margaret M Johnson's newest book "Teatime in Ireland" on Amazon or purchase a signed copy on her website. 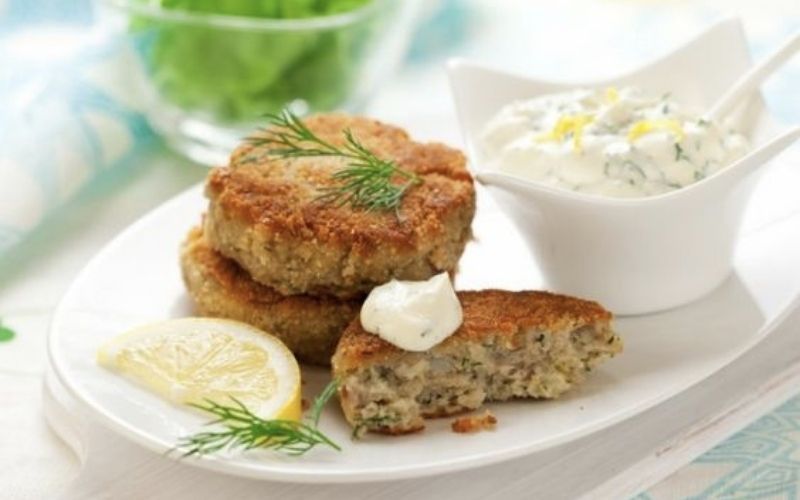