The Restaurant Patrick Guilbaud in Dublin and The Lady Helen Restaurant in Co Kilkenny were chosen for the 28th edition of the AA Restaurant Guide. 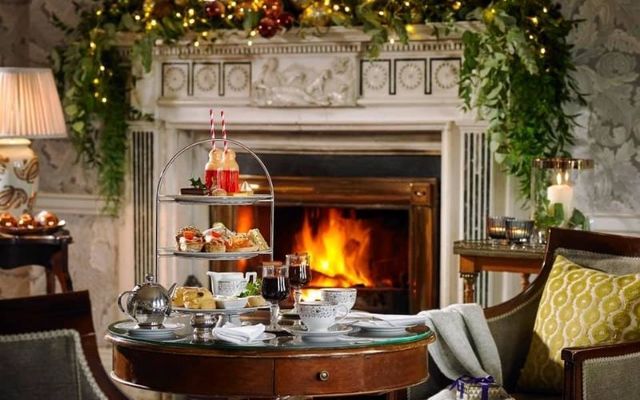 Two Irish restaurants have been awarded rosettes in the AA's Restaurant Guide.

The Restaurant Patrick Guilbaud in Dublin and The Lady Helen Restaurant in Thomastown, Co Kilkenny were chosen for the 28th edition of the highly respected food guide.

Restaurant Patrick Guilbaud already has two Michelin stars and has long been celebrated for its "contemporary Irish cuisine with French classical roots", explains the guide.

Its eight-course tasting menu costs €205 per person, is served daily, and features dishes such as duck foie gras with pomegranate molasses, and black leg chicken pate en croute. There is also an à la carte menu which changes seasonally.

The Lady Helen Restaurant in Thomastown is part of the stunning Mount Juliet Estate and already has one Michelin star. The breathtaking restaurant is located in the dining room of the Manor House and overlooks the rolling green estate.

Ghan House in Carlingford, County Louth was also included in the list, as it retained the two rosettes it was awarded in 2011.

Writing about the stunning hotel, which is housed in a Georgian townhouse with a stunning walled garden "set on the shores of Carlingford Lough, just before it reaches the sea", the guide commended the hotel for making the most of the local seafood.

Of the restaurant offering, which includes caviar and scallops, beef and oyster pie and lemongrass ravioli among other dishes, it says it has "a French base, but offers plenty of interesting combinations". A four-course meal costs €55, which the six-course tasting menu costs €45.

The pandemic caused the publication to postpone releasing their guide for the first time in 50 years, but the return of the handbook includes 1,700 restaurants and 100 entirely new entries which have been handpicked for their "culinary excellence".

The AA Rosette award, first awarded in 1956, was the first nationwide scheme for assessing the quality of food served by restaurants and hotels. Rosettes are awarded annually on a rising scale based on a meal visit by one or more culinary inspectors.