Irish pubs with no beer to take off worldwide, says founder

The Virgin Mary, a non-alcoholic pub located on Capel Street in Dublin City, is set to open a franchised outlet at The Galleria Al Maryah Island shopping center in Abu Dhabi next month. 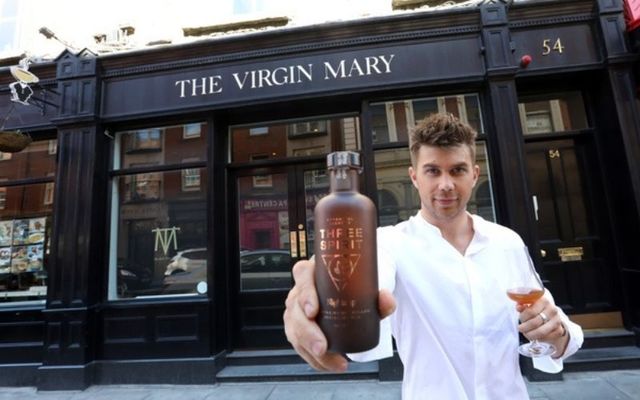 An alcohol-free Dublin pub is set to go global after proving a massive hit in Ireland.

The Virgin Mary, a non-alcoholic pub located on Capel Street in Dublin City, is set to open a franchised outlet at The Galleria Al Maryah Island shopping center in Abu Dhabi next month.

The new pub will boast an Irish manager and staff and will trade as TVM to avoid the use of "virgin" in Abu Dhabi.

The Virgin Mary first opened its doors on Capel Street in May 2019, offering customers a wide range of non-alcoholic cocktails, beers, and wines, and attempted to fill a growing gap in Ireland's nightlife market.

Sarah Connolly, the co-owner of the alcohol-free bar, told the Sunday Times that she hopes to bring the concept to Australia, the USA, and other parts of the Middle East in the future.

She said that the export of an alcohol-free Irish pub would help the country to shake off the "drunken Irish" stereotype.

Connolly said that the pub's customers didn't drink alcohol for a multitude of reasons.

"People give up alcohol at different times. We get people who are completely sober; just having a night off drinking; training for a marathon; we get baby showers. There’s a whole host of different reasons people come in," Connolly told the Sunday Times.

About one in five Irish adults do not drink alcohol, according to Anthony Foley, a professor of Economics at Dublin City University.

"There’s certainly a market for non- and low-alcoholic drinks, but whether there’s a market for pubs that are entirely non-alcoholic is more debatable," Foley told the Times.