Importers of Irish food products are enjoying a seasonal surge in sales as homesick emigrants stock up on tastes of home. 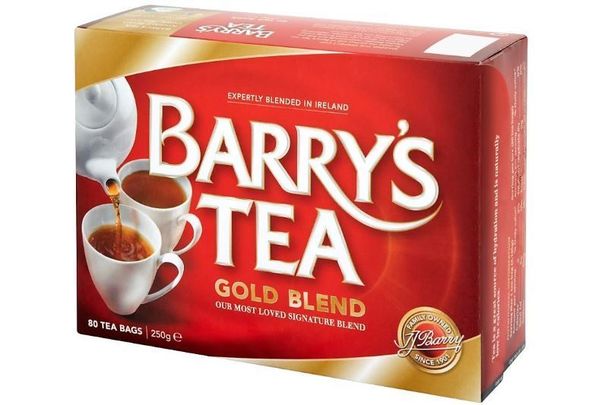 What do you miss more, Barry's Tea or Tayto? BarrysTea.ie

Importers of Irish food products are enjoying a seasonal surge in sales as homesick emigrants stock up on tastes of home.

Sales of traditional Irish favorites like Barry's Tea and Tayto cheese and onion crisps have already started to soar in countries with significant Irish populations like the U.S., Canada, and Australia.

One major supplier of Irish snacks to Australia said he expected sales of hampers to be eight times higher during the festive season than the rest of the year, as Irish parents flood his website with orders for their emigrant children. Businessman Eamon Eastwood, who runs Sydney-based Taste Ireland, said his enterprise, which also supplies Irish products to 1,200 supermarkets and stores in the country, has grown by 20 percent over the past year.

The Co. Tyrone native, whose business began tentatively in 2004 when he imported 50 boxes of Tayto cheese and onion crisps, said, "Online sales take a huge jump in revenue during the month of December, almost eight times more than the rest of the year. "About 45 percent of our online shoppers come from Ireland -- that is, Irish family buying for loved-ones living in Australia.  The goods are already in Australia, so shipping times are within 48 hours and there's no drama with Australian custom and quarantine." Eastwood, who has distribution partners in China, Canada, and New Zealand, also said he's planning to expand his operation to the Middle East and Southeast Asia.

Meanwhile, Irish hamper distributors Just Like Home said they expect to distribute thousands of hampers across the world in the run-up to Christmas. The company's director Catherine O'Herlihy said the vast bulk of her business is done over the festive season, with most demand coming from Down Under. "Around 90 percent of our business is done at Christmas. Everybody sends a Christmas present to a loved one, but just one in 10 would buy a gift for St. Patrick's Day,” O’Herlihy said.

"All of our clients are based in Ireland, with the majority being Irish parents buying for their children.  We have established customers who we have had for almost five years, and they are very loyal to us. "We have sent a package to almost every country in the world at this stage, but the top five are Australia, New Zealand, Canada, the U.S., and the UAE.”

Read more: Irish Whiskey Christmas cookies to warm you up this holiday season